That was part of an update provided by Iain Campbell, Senior Fellow at the RMI, in his opening keynote address at the ATMO/DTI Technical Conference, an online event hosted by shecco (publisher of this website) and the Danish Technology Institute, on June 23 and 24.

Two of the finalists (Godrej-Boyce and S&S Design Startup Solution Pvt. Ltd.) are incorporating propane (R290) in their systems, Information on the eight prototypes and their design teams can be found on the Global Cooling Prize website.

According to Campbell, the prototypes will be subjected to a lab test over “10 typical days that we would see in hot humid hot dry climate zones that can be effectively pulled together to simulate a full year’s operation,” said Campbell. “That will be the primary test.”

In addition, the prototypes will be concurrently tested along with two baseline units in a mid-rise apartment building in New Delhi, India throughout September “to replicate a real-world scenario,” said Campbell. During the field tests, “we will be providing daily windows of performance data” at globalcoolingprize.org, without identifying the prototypes, he added.

The performance of the prototypes will be monitored “to compare what we’re simulating in the lab with what we’re doing in the real-world field test,” according to Campbell.

The entire testing process will take four months, running from September to January 2021, and the winner of the US$1 million prize will be announced at a ceremony in March 2021.

Campbell outlined the “cooling dilemma” that inspired the prize – that cooling is increasingly seen as a societal need, but with “an environmental cost we cannot afford.”

For example, using current air conditioning technology as a baseline, “the projected growth in India in residential room air conditioners would require them, by 2050, to double their grid capacity just for that load,” he said.

Thus, the prize requires the winning technology produce a minimum 80% lower climate impact than that of a baseline air conditioning unit.

When asked if he was confident that a prototype would achieve a scalable 80% reduction, Campbell said he was. The finalists are taking the challenge seriously.

“When you launch something like this, there’s always the question ‘does the industry want to play?’” Campbell said. “And then what we realized was, the industry really wanted to play.”

“When we announced the finalists on November 19, one of the finalists had 18 full time engineers working on this challenge,” he added.

The projected growth in India in residential room air conditioners would require them, by 2050, to double their grid capacity just for that load. 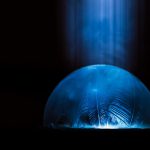 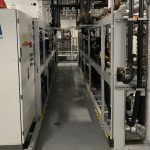