The California Air Resources Board (CARB) released its its last public proposal on GWP restrictions on refrigerants used in refrigeration and air conditioning equipment on October 20, with a 45-day comment period set to begin on October 23.

The proposal can be found here. Comments can be submitted here.

“We encourage written comments,” said Glenn Gallagher, air pollution specialist for CARB, during a policy and standards session at the online ATMOsphere America conference on October 21. “We take these comments very seriously.” Following the comment period, the proposal will be taken up by CARB at a board hearing on December 10 (remote attendance only; the webcast can be accessed here); if approved, it will take legal effect one year later.

ATMOsphere America, organized by shecco, publisher of this website, was held online October 20 and 21 and concludes with a Latin America-focused program in Spanish on October 22.

Led by CARB, California has been the most proactive U.S. state in regulating and pursuing further regulations of HFCs in an effort to cut their emissions by 40% under 2013 levels by 2030. Fifteen other states have followed its lead in issuing or planning HFC restrictions, in the absence of federal rules.

California’s requirement for new non-residential refrigerant equipment with more than 50lbs (22.7kg) of refrigerant limits the GWP to less than 150 as of January 1, 2022. In addition, food retailers with 20 or more stores would need to comply with one of two options: maintaining a weighted average refrigerant GWP below 2,500 by 2026, or reduce GWP potential (charge size times GWP) by at least 25% by 2026. All stores would need to have an average GWP below 1,400 or reduce GWP potential by 55% by 2030.

Stationary air conditioning equipment of any size would need to use refrigerants with a GWP under 750 by 2023. CARB is considering allowing the use of reclaimed R410 in the initial equipment charge and servicing of AC units built in 2023 and 2024. “The details have to be worked out,” said Gallagher, adding that CARB is getting input from AHRI and the Environmental Investigation Agency (EIA). Regulation language on this topic will be added following the board hearing in December, he said.

More regs in the future?

A new California executive order directs the state to achieve net-zero GHG emissions by 2045, which Gallagher called “a huge undertaking.”

The role that HFCs and other non-CO2 GHGs in achieving net-zero emissions “is still being determined,” he said, but he acknowledged that additional HFC regulations may be needed if that outcome is to be achieved. “I expect to see [new regulations] in the next two or three years.”

He suggested that eventually “only the lowest GWP refrigerants available” would be required to meet California’s 2045 carbon neutrality goal. New technologies, such as non-vapor compression systems, may also be a factor over the next 25 years, he noted.

I expect to see [new regulations] in the next two or three years. 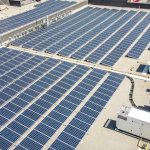 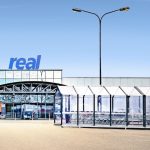 Why a German Retailer Chose to Lease, Not Buy, a CO2 System