As the Chinese government is preparing a new standard for the energy efficiency of room air conditioners, Chinese manufacturers expressed support for “Model Regulation Guidelines for Air Conditioners” created by the United Nations Environment Programmes’ United for Efficiency (U4E) initiative.

The manufacturers – Gree and Sanhua – spoke during a webinar on April 15 hosted in Chinese by U4E on the energy efficiency of AC products in China, one of the world’s largest manufacturers and exporters of ACs.

U4E is a global effort supporting developing countries and emerging economies to move their markets to energy-efficient appliances and equipment. U4E’s Model Regulation Guidelines for ACs “aim to help regulatory authorities and policy makers in developing and emerging economies to set a minimum efficiency floor to prohibit future sales of inefficient products from the market,” said U4E in a May 1 release on its website.

If pursued by all 156 developing countries and emerging economies, annual impacts of the Model Regulation Guidelines starting in 2040 are estimated at savings of 558TWh (terawatt hours) of electricity – equivalent to almost 255 large (500MW) power plants, mitigation of 5 billion metric tons of CO2e, and US$51 billion in electricity bill savings, according to U4E.

“We are happy to see such model regulation being developed,” said Wang Yue, Director of Standard Management Department of Gree at the webinar. “As one of the world’s leading AC manufacturers, we regard it as an effective tool to help us reduce the cost in producing more energy-efficient AC products. We would like to support the wider deployment of the Guidelines and follow the leading international standards.”

Representatives from Sanhua, a leading supplier of components, and the International Copper Association (ICA) also expressed their support for the AC Model Regulation Guidelines.

This webinar was designed to “engage the Chinese industry to improve the energy efficiency level of AC products in both domestic and export markets,” said U4E. China’s efforts in this area are reflected in its “Green and High-Efficiency Cooling Action Plan,”  which was issued jointly by the National Development and Reform Commission (NDRC) and seven other ministries.

Representatives of CNIS said in the webinar that by July 1, 2020, China would implement the revised “Energy Efficiency Requirements and Rating of Room Air Conditioner” (GB21455-2019). The new standard integrates the energy-efficiency metrics of fixed-speed and variable-speed air conditioners, and “greatly improves the energy performance requirements, laying a solid foundation to accelerate the transformation of the market toward more efficient AC products,” said U4E.

We are happy to see such model regulation being developed. 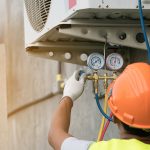 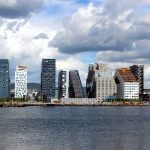