The announcement of the eagerly anticipated Global Cooling Prize winner, originally slated for the end of March, has been delayed until the end of April, according to Iain Campbell, Senior Fellow at the Rocky Mountain Institute (RMI).

RMI, a U.S-based global research institute, is one of the organizers of the prize, along with the Department of Science and Technology, Government of India; and Mission Innovation, a global initiative of 24 countries and the European Union.

The Global Cooling Prize was launched in November 2018 “with the aim of spurring the development of a radically more efficient, climate-friendly residential cooling solution,” said its organizers. The winning air conditioning (AC) system must have at least five times lower climate impact (80% lower CO2e emissions) than the typical units available today. The  designer of the winning system will receive US$1 million.

In field tests of the finalists, one of the prototypes produced 91.6% lower emissions, and another generated 86% lower emissions, said Campbell. “We’re very excited that at least one protype meets the five-times-lower climate impact.”

The delay in the announcement of the winner is the result of the strict COVID-19 safety protocols being followed by the organizers, which called for a shutdown and quarantine during the prototype testing period, he said.

Two of the finalists (Godrej-Boyce and S&S Design Startup Solution Pvt. Ltd.) are incorporating propane (R290) in their systems.

In order to showcase the performance of the prototypes, RMI developed a Prototype Performance Dashboard, which showcased an anonymized hourly snapshot of performance each day during the field test. This interactive page allowed viewers to see how the finalists’ prototypes compared to one another and with the baseline units being tested.

The Global Cooling Prize organizers recently released a new video — Finalist Prototype Field Test | A First Look — which shares never-before seen footage of the finalists’ cooling technologies. The video showcases the installation, remote commissioning, and testing that were undertaken for the field test.

At the online awards ceremony, Sir Richard Branson, founder of the Virgin Group, will announce the winner or winners of the prize.

The ceremony will feature “profiles on each finalist team, videos of the prize’s journey, fireside chats with coalition partners, and special remarks from global leaders tuning in from around the world,” the organizers said.

In conjunction with the ceremony, the UN and the Climate Champion of COP26 will announce a “breakthrough challenge” in the Race to Zero for the cooling sector. This challenge is currently framed as “20% of global AC manufacturers bring to market affordable residential AC units that have 5X lower climate impact than today’s units by 2025.”

In January, the Global Cooling Prize was named one of the top 100 Climate Policy Breakthroughs by Apolitical.

We’re very excited that at least one protype meets the five-times-lower climate impact. 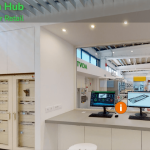 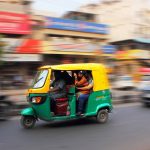