U.S. Ammonia Regulations in the Age of Trump and the Coronavirus

The U.S. industrial refrigeration industry, reliant on the use of ammonia cooling systems, has historically been required to adhere to a raft of regulations governing the safe use of the slightly flammable, potentially toxic and certainly malodorous refrigerant.

Under the Trump administration, with its focus on deregulation, some of those regulations, which are most stringent for systems with more than 10,000lbs of ammonia, have been eased. And during the coronavirus (COVID-19) pandemic, there has been a further reduction of regulatory oversight on ammonia plants.

Those trends were the subject of a Regulatory Update on May 18 given online as part of the International Institute of Ammonia Refrigeration (IIAR) virtual conference, held to replace the March physical event that was cancelled because of the pandemic.

In terms of regulatory enforcement, on March 26 the U.S. Environmental Protection Agency (EPA) issued a “guidance” that acknowledged that “some things are not practicable [for industrial refrigeration companies] to do during the pandemic,” said Lowell Randel, vice president, government and legal affairs for the Global Cold Chain Alliance, and President of the Randel Group, who led the Regulatory Update as he has done for a number of years at the IIAR conference.

However, the EPA guidance advised companies with environmental compliance obligations to “act responsibly under the circumstances in order to minimize the effects and duration of any noncompliance caused by COVID-19,” noted Randel. Companies still have to document how COVID-19 was the cause of the noncompliance, and the decisions and actions taken in response. “It’s not a blank check,” he added.

The U.S. Occupational Safety and Health Administration (OSHA) will continue to investigate ammonia-safety complaints during the pandemic, but it won’t be doing in-person inspections. “It will be more phone call, fax or letter,” said Randel. The agency will also, like the EPA, exercise “enforcement discretion” but expect companies to “document good faith efforts to comply.”

OSHA expects all companies to provide a safe environment for employees during the pandemic, and Randel advised “making sure you have a plan for PPE (personal protection equipment), sanitation and social distancing.” IIAR members have been able to order free masks from the U.S. Federal Emergency Management Agency (FEMA), though future orders will be done through state emergency management agencies

One of the key regulatory changes made by the Trump administration in regard to ammonia refrigeration took place last November, when the EPA rescinded nearly all of the significant Obama administration amendments to the Risk Management Program (RMP) Rule.

Randel, who has been representing the ammonia refrigeration industry in regard to RMP amendments for a decade, noted that the industry had “significant concerns” about a now-rescinded third-party audit amendment, which required audits to be done by an independent entity, “So now you don’t have to worry about using someone for consulting and developing safety programs, and have them also do audits,” he said.

But the RMP still requires companies to coordinate with emergency responders at least annually – something Randel believes is important “regardless of the status of regulations.”

Randel also spoke about a new regulation that went into effect in February. The U.S. Chemical Safety and Hazard Investigation Board (CSB) an independent agency that works closely with EPA and OSHA, now requires companies to report, within eight hours, accidental chemical releases that result in a fatality, serious injury or substantial property damage (US$1 million or more).

In most cases, Randel noted, IIAR members are already required to report ammonia releases to the U.S. National Response Center (NRC). So the CSB reporting requirement may be satisfied by submitting the NRC identification number to the CSB “within 30 minutes” of submitting a report to the NRC. “This is the most likely scenario for IIAR members,” said Randel.

Again, because of the pandemic, the CSB is offering a “one-year grace period” for the reporting requirement, said Randel. “I don’t expect heavy-duty enforcement; CSB will be focusing on education now.”IIAR is also working closely with NIOSH (National Institute for Occupational Safety and Health) as the latter prepares to review the IDLH (immediately dangerous to life or health) level for ammonia. The ammonia trade group would like to see the current level (300ppm) returned to 500ppm, and is proposing that air purifying respirators (APRs) be authorized for use with up to 1250ppm of ammonia “to perform critical life safety tasks and emergency procedures,” Randel said.

So now you don’t have to worry about using someone for consulting and developing safety programs, and have them also do audits.” 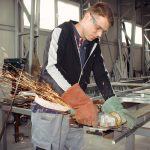 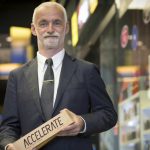