An initial proposal to update the global safety standard for room air-conditioning (AC) systems, heat pumps and dehumidifiers – which would allow larger amounts of flammable refrigerants like propane (R290) around the world – has been approved.

The safety standard, IEC 60335-2-40, is managed by the International Electrotechnical Commission (IEC), which established subcommittee (SC) 61D to oversee an update of the standard. A working group (WG21) under SC61D issued the proposal (61D/455/CDV) on August 7, with votes due from member countries in SC61D by October 30. (CDV stands for committee draft for vote.)  The proposal includes changes for charge limits of A3 (flammable), A2 (low flammable) and A2L (lower flammable) refrigerants.

The 61D/455/CDV proposal was approved by 22 out of 24 (91.7%) of the P (Participating)-member countries, with two negative votes (Japan and Malaysia) and one abstention (Denmark), according to the IEC website. The minimum required approval percentage is 66.7% of P-Members.

In addition, 42 total votes (Participating and Observer members) approved the proposal, with three opposed (Indonesia, Japan and Malaysia) and three abstentions (Denmark, Brazil and Greece). The three opposed represents 7.1% of the total; the percentage of negative votes must be less than 25% for a proposal to be approved.

The next step is for WG21 to consider comments made by member countries on the CDV and then prepare the FDIS (Final Draft International Standard), the final document on which the members would vote.

However, after the revised IEC 60553-2-40 standard is published, regional and national standards bodies would still need to adopt it before it could take effect in those markets.

R290 is an “excellent” and “very promising” refrigerant for air conditioning solutions, said Marek Zgliczynski, R&D Director for Embraco North America (part of Nidec Global Appliances), and Chairman of the IEC/SC61C subcommittee, which last year oversaw an increase in the allowable charge for A3 and A2L refrigerants in commercial refrigeration. He made those comments last month in a presentation at the Chillventa eSpecial online conference.

Vonsild explained that the maximum hydrocarbon charge in a very large room did not change in the 61D/455/CDV proposal, and for hydrocarbons in indoor appliances it is still around 1kg (2.2lbs) per circuit. “What is being changed is the amount that can be used in an ordinary size room,” he said.

Under the proposal, Vonsild noted, the primary means for increasing the amount of hydrocarbon refrigerant that can be used are circulation airflow, safety shut-off valves, and additional construction requirements “for a robust design.”

For example, in a 20m2 (215ft2) room with a 2.2m (7.2ft) ceiling height, a ceiling mounted unit today is allowed 334g (0.7lbs) of R290. “With the proposal, the charge limit will become more complex than previously to take additional safety measures into account,” he said. For this room the R290 limits would be:

Vonsild added that the 61D/455/CDV proposal includes changes “to many other aspects,” including:

“The adoption of a revised safety standard to allow flammable refrigerants in room air-conditioning is vital for meeting climate targets and implementing agreements to phase down HFCs, such as the Kigali Amendment under the Montreal Protocol,” said Clare Perry, EIA’s U.K. Climate Campaign Leader. 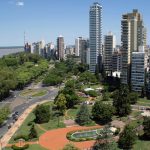 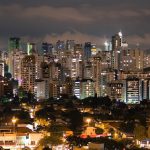