Reed Exhibitions Italia announced today in an email and online that it was cancelling the 2020 Mostra Convegno Expocomfort (MCE) trade show, which had been scheduled to take place September 8-11 in Italy, due to ongoing restrictions and concerns related to the COVID-19 pandemic.

The next edition of the biennial Mostra Convegno will be held March 8-11, 2022. This year’s event had originally been scheduled for March 17-20 but was postponed until September during the early days of the pandemic.

Mostra Convegno is the second major European HVAC&R show to be cancelled in recent weeks, following Chillventa, which had been scheduled to take place in Germany in October but has been delayed till 2022 as well.

The decision to cancel was “due to the ongoing national and regional ordinances, still not ensuring resumption of exhibition activities in a short time, and multiple travel restrictions around the world,” he said.

“This decision, as you can imagine, was not an easy one to make, especially in view of the business opportunities that the MCE event represents for our community,” added Pierini.

When Reed decided in February to postpone Mostra Convegno until September, it seemed likely that the event could be held in 2020. However, the extent, duration and scale of the COVID-19 pandemic “went beyond our imagination in February, both in Italy and abroad, causing an unprecedented time of social and economic uncertainty that has deeply affected all of us, both personally and professionally,” said Pierini.

Reed will be introducing in the coming weeks a range of initiatives for 2021 under its #MCEMoveOnTogether campaign “to keep the industry connected and moving forward,” he said.

Over the last three months, Reed had been monitoring government ordinances and regional decrees while receiving industry feedback “to understand the impact of the crisis on the sector and to assess whether it was possible to stage an event able to meet our stakeholders’ business needs,” said Pierini.

Unfortunately, September is no longer a viable option. 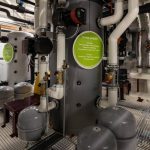 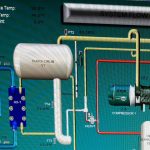