In a powerful demonstration of the vital role cooling plays in the global economy and the impact that growing demand for cooling will have on the climate crisis, Professor Toby Peters of the University of Birmingham, U.K., issued a call for a new focus on improving both system efficiency and the cold chain in a keynote address at the ATMOsphere Europe conference in Warsaw, Poland.

“Global access to cooling underpins health, safe housing and workplaces, and it’s essential to reducing post-harvest food loss,” said Peters, in a presentation called “Doing Cold Smarter.” “If we want to solve these challenges, we have to solve the cold chain.”

An internationally recognized expert in clean cold technology, Peters described the need for sustainable cooling as sitting “at the heart of the three big global agendas set by the UN: the Paris climate change accord, the Montreal Protocol [Kigali Amendment] and the SDGs[Sustainable Development Goals.”

Peters, who this year released a groundbreaking report titled “A Cool World: Defining the Energy Conundrum of Cooling for All,” led off the 10th ATMOsphere Europe conference. The conference was organized by shecco (publisher of this website) and held on October 16 and 17; it attracted about 350 attendees.

While outlining the massive scope of the cooling challenge, Peters also offered a range of solutions, including the changeover of agricultural pack houses in rural communities in India into integrated centers serving a wide range of cooling demands, including personal refrigeration lockers and comfort cooling for the elderly.

He also announced the launch later this year of a Center for Sustainable Cooling. The center is a partnership between the University of Birmingham and six to eight other U.K universities as well as others in Europe, the U.S., India and Japan, and “hopefully industry.” The center will examine “how we can accelerate access to sustainable cooling for all who need it,” he said. “It will look at the innovation pipeline and identify future skills and training needs and enable them to be met.”

Peters praised the myriad stakeholders at ATMOsphere Europe as “the people who understand the need for sustainable cooling  – the people focusing on natural refrigerants.” He also urged them to recognize “the real opportunity to think about how we deliver clean sustainable cooling and address these challenges.”

Peters began his keynote by listing data points that underscore the outsized importance and impact of cooling on society:

— In 2018, 104GW (gigawatts) of solar energy capacity was created, yet 115HW of energy was needed to support the new room air conditioners sold.

— Yet more than one billion people don’t have access to cooling.

— Twenty percent of food is lost post-harvest due to the lack of a cold chain.

— In India, 30% of patients are at health centers duer to heat stress.

– The lack of a cold chain results in the death of 1.5 million people annually.

Peters also estimated the growth in cooling appliances and the impact that will have on energy demand.

— Nineteen pieces of cooling equipment will be deployed every second for the next 30 years.

— Current annual energy demand is 35,000TWh (terawatt-hours) but will grow to 95,000TWh by 2050 (particularly in developing markets). Moreover, if cooling is provided to the one billion people who lack it today, energy demand will increase to 19,000TWh.(Even with accelerated technology progress projections, the energy requirement is still 15,500TWh.)

— But to meet the 2°C temperature-growth limit set by the Paris accord, annual energy use by cooling can only grow by 65,000TWh by 2050.

“These figures when we get there will be wrong, but they show us the size of the challenge facing us today,” said Peters.

Peters went through a number of ways to address the need for more efficient cooling and a better cold chain, including more efficient systems, the use of natural refrigerants, a reduction in demand through cool roofs, personal behavior change (such as temperature changes on ACs), thermal storage, among many other methods. He is one of the judges who will select the winner of the Global Cooling Prize, a competition seeking the development of a room air conditioners that are at least five times more efficient than current models.

But he cautioned that these interventions are not enough. “Delivering suitable cooling is about investing in radical reshaping of cooling at a system level.”  This includes not just looking at the amount of electricity needed, but to consider “what is the service we require, and how can we provide it in the least damaging way,” he said.

In one example of a system approach, Peters noted that India is about to build about 23,000 agricultural packing houses, though “they will need 70,000 is they address the challenge of doubling farmer incomes and reduce food losses.”

He suggested that these packing houses become “centers of cooling solutions, aggregated together, to suit a portfolio of needs in the most affordable way.” The packing house could, for example, also include food processing and veterinary vaccinations and serving as hubs for domestic refrigeration.

“The idea that rural communities can afford domestic fridges in every house is not viable when you look at the cost of fridges vs. income,” he said. “But could we have personal refrigeration lockers accessible to home residents?”

He also envisions these “temperature-safe environments” as a place for the elderly on hot days, as well as a “lifeboat where you can store emergency supplies closer to the point of demand, because with climate change there will be more natural disasters. These are the areas we want to explore.”

The idea that rural communities can afford domestic fridges in every house is not viable. But could we have personal refrigeration lockers accessible to home residents? 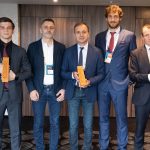 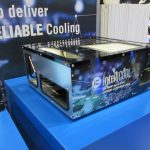