Sustainable Energy for All (SEforAll), an international environmental group, has urged investment in sustainable cooling to counter a US$2.4 trillion global productivity penalty by 2030 due to heat stress, in its “Chilling Prospects” report, published on July 16.

The “Chilling Prospects” report series began in 2018 to diagnose sectors of the developing world that lack cooling, and guide policy makers on how to accelerate cooling projects for those regions.

The current report is available here.

It noted that one billion people lack adequate access to cooling for health services, food storage, and general physical well-being, and that this number is likely to grow.

Citing rising temperatures, the report argues that “a lack of access to cooling, particularly for those working outdoors, poses a significant challenge for economic development,” according to the report.

By 2030, the global economy may “suffer lost productivity worth US$2.4 trillion annually due to heat stress, the equivalent of 80 million full-time jobs.”

However, the impact will not be evenly distributed among countries or industrial sectors, the report noted.

There will be gross domestic product (GDP) loss “across the agriculture, mining and quarrying, manufacturing, and construction sectors” which would “disproportionately affect low- and low-middle income countries.”

Taking a projection from the Intergovernmental Panel on Climate Change, it demonstrated the potential impact of heat stress on these vulnerable sectors and countries.

Under current projected CO2e emissions globally, lack of cooling results in an estimated annual economic loss of US$630 billion in low- and middle-income countries by 2030, including US$517.5 billion in nine “critical countries,” such as India and Nigeria.

“Per capita GDP losses will be felt across entire economies, but job losses will affect vulnerable groups most intensely,” the report said.

“Of the 80 million job losses due to productivity declines associated with heat stress by 2030, 73.7 million jobs will be lost in countries considered to be high impact for access to cooling.”

Lack of cooling is especially problematic in the agriculture sector of low and low-middle income countries, due its relative size.

In agriculture, “working-hour losses are projected to increase over time in each country, with varying impacts on agricultural labor productivity,” the report noted.

“The estimated annual economic loss in the agriculture sector resulting from productivity losses associated with heat stress is currently US$301 billion.”

The report singled out the need for cooling in Nigeria. It noted 66.5% of Nigeria’s GDP comes from the agriculture sector, which already has an estimated 3.36% loss of productivity due to heat stress. Without intervention, an estimated 9.79% of working hours in Nigeria will be lost to heat stress by 2030, according to the report.

A lack of access to cooling, particularly for those working outdoors, poses a significant challenge for economic development.

Sustainable Energy for All

Sustainable Energy for All 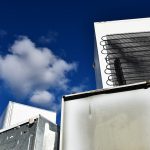 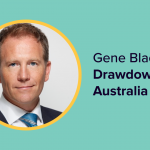