The latest version of the tool, called IMAC-GHG-LCCP (Improved Mobile Air Conditioner Greenhouse Gas Life Cycle Climate Performance), was released in March. It is based on, and is intended to replace, the original emissions calculator, GREEN-MAC-LCCP, developed by General Motors in the 1990s. OTS worked with the Society of Automotive Engineers in updating the tool.

IMAC-GHG-LCCP calculates LCCP, which includes both direct GHG emissions (from refrigerant leakage) and indirect emissions (from the operation of the MAC system, manufacturing of components, and type of fuel used). The user can input refrigerant type (CO2, R1234yf, R134a or R152a), driving parameters/drive cycles, city location, power consumption of the MAC system, weather data, among other inputs.

“We made a number of updates,” including more data inputs and more current weather (temperature) data, said Cara Martin, COO for OTS. The previous software was using temperature data from the 1990s, but with climate change, temperatures have increased and “we’re probably using MACs more frequently.”

Unlike the previous system, the updated system “bins” or groups weather data according to the frequency each city experiences each 10-degree temperature bin.

The IMAC-GHG-LCCP tool is most frequently employed by car manufacturers seeking a way to minimize CO2e emissions to meet federal guidelines, Martin noted. “With this information, automobile manufacturers are able to make evidence-based design modifications, meet applicable standards, and select the most appropriate refrigerants to reduce the emissions of greenhouse gases,” says OTS on its website.

“One of the things we struggled with most was how to make good assumptions on refrigerant leakage because data on leakage is so difficult to get,” said Martin.

In addition, the tool includes the emissions from a refrigerant’s atmospheric degradation products. For example, R1234yf largely breaks down into trifluoroacetyl fluoride (which hydrolyzes into trifluoroacetic acid) in the atmosphere, adding 3.3325 in total (with two other minor degradation products) to R1234yf’s GWP, which by itself is four, according to a paper by OTS on IMAC-GHG-LCCP.

In recent years, R1234yf has been increasingly used as a replacement for high-GWP R134a in MAC. However, since 2017, German car maker Daimler has offered CO2-based MAC in some models of Mercedes-Benz as an alternative to R1234yf.

The IMAC-GHG-LCCP tool can’t be currently applied to electric vehicles, though “that is something in discussion for future updates,” said Martin. MAC systems in electric cars would use heat pumps for both AC and heating, and a wider range of ambient temperatures would have to be considered, she noted. In addition, electric vehicles would have to account for the extent to which renewables are used by local utilities.

Next steps also include accounting for the loss in MAC performance as refrigerant leaks from the system, and as a vehicle ages. The tool currently assumes MAC performance remains constant across the lifetime of a vehicle. The effect of humidity will also be addressed. 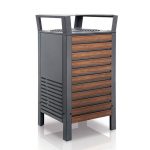 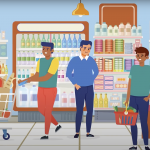