ALDI US, an independently operated member of German retailer ALDI South (Sud), has received three environmental awards from the U.S. Environmental Protection Agency (EPA) in the past two weeks.

On September 22, ALDI US was one of four organizations nationwide to receive an Excellence in Green Power Use Award for demonstrating “exemplary action and dedication to significantly advancing the U.S. renewable energy market,” according to the EPA. The other three are General Motors, Saint Louis University and Unibail-Rodamco-Westfield.

ALDI US, which operates more than 2,000 small-footprint stores across 36 states, received its Excellence in Green Power Use award for the following:

In addition, on September 24, as part of an annual awards ceremony (held online this year), the EPA’s GreenChill Partnership awarded ALDI US the Store Certification Excellence award for achieving the most GreenChill store certifications (331)  in the past year (July 1, 2019-June 20, 2020).

GreenChill awards individual stores annual certification (in platinum, gold and silver levels) for achieving low levels of refrigerant leaks and charge, or for installing refrigerants with a GWP under 150 (an option only for platinum).

In addition to ALDI US, OEM Hillphoenix received a 2020 Store Certification Excellence Award for supplying the most GreenChill-certified stores with refrigeration equipment. Hillphoenix supplied equipment to 433 certified stores from July 1, 2019 to June 20, 2020, the EPA said.

Amber Hardy, director of energy management for ALDI US, noted last year that the chain has installed transcritical CO2 systems in more than 200 stores, the most of any retailer in the U.S.; many of its stores have eight to10 self-contained R290 cases, she added.

In the Environmental Investigation’s ranking of climate-friendly U.S. supermarkets, ALDI scored the highest overall percentage (70% out of 100%) with “over 300 HFC-free stores in operation.”

According to industry estimates, ALDI US is the leading retail end user of transcritical CO2systems in the U.S. while Hillphoenix is the leading supplier of those systems.

“For the second year in a row, ALDI has demonstrated their exceptional leadership in food retail refrigerant management,” said Kirsten Cappel, GreenChill program manager, in a statement. “In this annual recognition cycle, ALDI certified 331 stores all at the Platinum level – the highest possible certification. This achievement exemplifies the ALDI commitment to sustainable refrigeration management and the use of advanced refrigeration technologies that are better for the environment.”

“We are proud to receive these honorable recognitions from the U.S. Environmental Protection Agency,” said Aaron Sumida, vice president, ALDI. “As one of America’s largest retailers, it’s important for ALDI to prioritize our adoption of green power usage across our operations, showing others that it’s an affordable, accessible choice that can help reduce air pollution and other emissions. We look forward to continuing our sustainability journey by taking intentional and strategic steps to make our stores and warehouses more environmentally friendly.”

As part of a $5 billion capital investment in new and remodeled stores across the U.S., ALDI is increasing its renewable energy building elements, including “preference for energy-saving LED lighting, energy-efficient refrigerated systems and rooftop solar systems on twelve warehouses and 108 stores – and counting,” the chain said.

This achievement exemplifies the ALDI commitment to sustainable refrigeration management and the use of advanced refrigeration technologies that are better for the environment.” 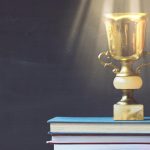 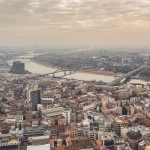