The People’s Republic of Bangladesh has ratified the Kigali Amendment to the Montreal Protocol, becoming the 94th country, plus the European Union, to ratify the global agreement to cut HFC emissions.

The country’s ratification was received by the United Nations on June 8. It becomes only the fourth country to ratify the Kigali Amendment in 2020, with Mozambique having ratified on January 16, Lebanon on February 5, and North Macedonia on March 12.

Bangladesh, the eighth-most populous country in the world, with a population exceeding 161 million people, is part of the Article 5 (developing countries) Group 1, which are required to freeze HFC production and use in 2024, with an 80% reduction by 2045. So far, 64 out of 148 developing countries have ratified the Kigali Amendment.

The Kigali Amendment to the Montreal Protocol was enacted by 197 countries and the EU on October 15, 2016. It entered into force on January 1, 2019. Its goal is to achieve at least an 80% reduction in HFC consumption by 2047. 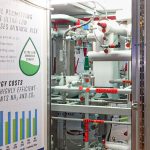 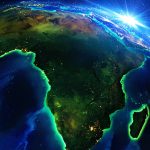