The 14 stores are owned by five food retailers: ALDI US (seven stores), Whole Foods Market (four), Costco Wholesale Corp. (one), Grocery Outlet (one) and Stater Bros. Market (one). The two retrofit stores are both owned by Vallarta Supermarkets.

“This is very exciting as a policy model and will hopefully be a shot in the arm for supermarkets still using gases that are soon to be phased out,” said Avipsa Mahapatra, Climate Campaign Lead for the Environmental Investigation Agency.

Six of the 14 stores installing ultra-low GWP systems are located in low-income and disadvantaged communities; both Vallarta stores are in such communities. The largest grant (US$150,000) went to a Whole Foods Market in a low-income area of San Francisco. The other grants ranged from US$34,358 (for a refrigerant retrofit) to US$96,607. Six of the stores received US$48,304. A complete list of the retailers, store locations and grants can be found here.

The specific refrigeration systems for which the new-system grants are intended were not disclosed; however, only natural refrigerant systems (using CO2/R744, propane/R290 and/or ammonia/R717) fall under the category of “ultra-low” GWP refrigerants that can be currently used by supermarkets.

ALDI US, the leading food retail user of natural refrigerant systems in the U.S., as of October 2020  had installed them – mostly transcritical CO2 equipment – in 360 stores. Whole Foods Market has already installed multiple transcritical CO2 systems, as well as R717/CO2 and R290/CO2 cascade systems in California.

CARB acknowledged that the grants “support new technology found in less than 1% of stores nationwide today, and some that have only been used to date in a limited number of locations in the United States.”

Still, the impact of the grants is significant. “These grants support solutions that will significantly reduce climate pollution with a focus on low-income and disadvantaged communities most impacted by climate change,” said CARB Executive Officer Richard Corey, in a statement. ”Providing state incentives to the private sector also helps accelerate the move to climate-friendly refrigeration solutions throughout the industry, especially in groceries and supermarkets.”

These are the first grants awarded by CARB under California’s F-gas Reduction Incentive Program (FRIP). They are designed to “pay for a portion of the  cost to install new or upgrade existing supermarket and grocery store commercial systems with new refrigerants with far lower global warming potentials, and introduce new refrigeration technologies, including some climate-friendly innovations that are found in only a handful of stores nationwide,” CARB said.

Funding for FRIP comes from the California Climate Investments program, a statewide initiative that draws from money generated through the state’s cap-and-trade program for reducing greenhouse gas emissions.  The US$1 million funding was authorized in the 2019-2020 California budget.

FRIP was established in 2018 by the California Cooling Act (SB 1013), authored by Ricardo Lara, then State Senator and current California Insurance Commissioner. The law authorized the FRIP program to address higher upfront costs “to convert to more climate-friendly refrigeration systems and solutions, and to address an overall lack of familiarity in the industry with newer, commercially available technologies.”

Grant recipients are expected to provide training to technicians to enhance workforce development in the industry.  “Knowledge gained through the implementation of the projects will be shared publicly with other members of the industry,” said CARB.

“One of the exciting things about FRIP is that, in addition to funding support, the program addresses other barriers to natural refrigerants by incorporating technician training and data-sharing elements into the grants,” said Morgan Smith, Manager of Programs & Operations, North American Sustainable Refrigeration Council (NASRC), a nonprofit promoting natural refrigerants in supermarkets. “We hope to see this model serve as a blueprint for other states to provide support for the industry’s transition to climate-friendly refrigerants.”

“The undeniable effects of climate change are adding to our already stressed health care system and distressed economy, and these innovative investments exemplify how we can mutually promote clean technologies and strengthen our businesses,” said Lara. “California once again is leading the way with pro-climate, pro-business strategies. Today’s investments in sustainable cooling systems will pay off for decades in lower super-pollutant emissions.”

Lara was a keynote speaker at the ATMOsphere America conference in 2018, where he was named the recipient of that year’s Person of the Year award. (The conference and awards program were organized by shecco, publisher of this website.)

Providing state incentives to the private sector also helps accelerate the move to climate-friendly refrigeration solutions throughout the industry, especially in groceries and supermarkets. 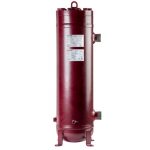 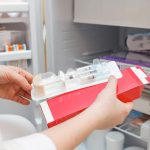