A new Canadian study looking at the composition of two Arctic ice cores since 1990 points to the accumulation of trifluoroacetic acid (TFA), an atmospheric byproduct of HFO-1234yf that is raising concerns about its long-term effect on the environment and human health,

TFA is one of three short-chain perfluoroalkylcarboxylic acids (scPFCAs) identified in the study – titled “Ice Core Record of Persistent Short‐Chain Fluorinated Alkyl Acids: Evidence of the Impact From Global Environmental Regulations” – which was published on April 23 in Geophysical Research Letters. The other two are perfluoropropionic acid (PFPrA), and perfluorobutanoic acid (PFBA).

The study, which determined the content of the ice cores from the Devon Ice Cap in Nunavut, Canada, on a yearly basis, verified that levels of these “persistent compounds” have increased since 1990, following the adoption in 1987 of the Montreal Protocol; that global treaty resulted in ozone-depleting CFC and HCFC gases being replaced by HFCs, and more recently by HFOs.

Cora Young ,an atmospheric chemist at Toronto, Canada-based York University, and the corresponding author of the study, is quoted by the BBC in a May 14 article as saying that the levels of scPFCAs found in the Arctic ice is “on the order of 10 times higher now than we saw before the Montreal Protocol.” While the potential toxicity of the compounds is still to be determined, “we do know that we are committing the environment to a great deal of contamination,” she added.

In addition to identifying these compounds, the study’s researchers, including Young and Amila De Silva, a chemist at Environment and Climate Change Canada, used atmospheric modeling to try to deduce the sources of the compounds, according to an article published May 2 in Chemical & Engineering News.  The researchers determined that the TFA was a byproduct of HFC-134a and its replacement gas, HFO-1234yf, both used as refrigerants in car air conditioners.  HFO-1234yf produces far more TFA than HFC-134a in the atmosphere, with the TFA descending to Earth in rainfall. Young was quoted in the article as saying TFA is “likely circulating throughout the Northern Hemisphere.”

The analysis suggests that PFBA is also a byproduct of CFC replacements, but the researchers  were unable to pinpoint the source of PFPrA.

TFA has been the subject of numerous studies in recent years. In January, a study published in Environment International found elevated levels of TFA in human blood in China, indicating “widespread human exposure” among the general population. “Our results provided support for future studies which need to further explore human exposure pathways and toxic effects on human health for these compounds,” the study said.

A 2017 study by the Norwegian Environment Agency, while noting that while the TFA produced by HFO-1234yf in the atmosphere is not considered an environmental threat in the foreseeable future, concluded that nature’s ultimate tolerance to TFA accumulation – and its effect on human health – remain an open question.

Given the persistence of TFA, the risk it presents increases if emissions of HFO-1234yf to the environment grow, the Norwegian report said. With that in mind, it concluded that “phasing out HFOs (and consequently TFA), or emission reduction strategies along with best practice measures that help ensure efficient capturing of HFO/TFA during recycling operations, will help reduce the risk to human and environmental health.”

We observe the importance of CFC replacements in the increased deposition of TFA. 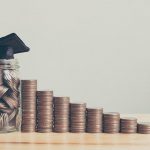 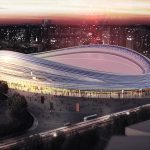