In support of  its emissions-reduction strategy, the Japanese capital of Tokyo is continuing subsidies for natural refrigerant-based commercial refrigeration systems are through the 2020-2021 fiscal year, according to the Tokyo Metropolitan Government’s website.

In the 2019 fiscal year, which lasted until March 2020, the city provided ¥‎50 million (US$448,300) in subsidiescoveringone-third of the installation costs for new natural refrigerant-based commercial refrigeration display cases.

This is continuing through the 2020-2021 fiscal year, which lasts from April 2020 through March 2021. In addition, the subsidies have been expanded to include one-fourth of the installation costs for new building air conditioning systems with refrigerants under 750 GWP.

Applications for subsidies are being accepted from April 1, 2020 through February 26, 2021.

The Tokyo Metropolitan Government’s recently released “Zero Emission Tokyo Strategy” aims to achieve zero emissions in Tokyo by 2050. The strategy includesa “zero fluorocarbon emissions” goal, which calls for a 35% reduction in hydrofluorocarbon (HFC) emissions by 2030 (as compared to 2014) and the eventual elimination of all HFC emissions by 2050.

An increasing number of supermarkets and department stores in Tokyo are installing natural refrigerant systems — both with and without the use of the subsidies.

At ATMOsphere Japan 2020 (organized by shecco, publisher of this website), Chihiro Kaneko, Deputy Director, Stationary Hydrofluorocarbon Reduction Team, Bureau of Environment, Tokyo Metropolitan Government, spoke about one supermarket in Tokyo that used subsidies to install 25 pieces of hydrocarbon-based plug-in refrigerators in December of 2019. 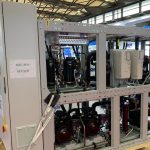 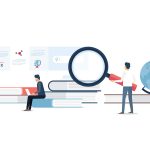 Boosting the Efficiency of TC CO2 Systems With Economizers