In 2017, owner Michael Lau and his team at Yosemite Foods Inc. (formerly Yosemite Meat Co.), based in Modesto in central California (U.S.), had a vision: to expand this family-owned pork processing company with a larger, state-of-the art facility, allowing space for business growth, improved efficiency and the ability to have future capacity available.

They found what they were seeking 31 miles northwest – an abandoned facility in Stockton, California.

In 2018, Yosemite contracted with Commercial Refrigeration Services (CRS/Sphere), a South Africa-based manufacturer, to design, manufacture and ship five transcritical CO2 refrigeration racks amounting to 4MW (1,137TR) of cooling capacity to the Stockton facility. California-based contractor Coolsys did the installation. It is one of the largest transcritical installation in terms of cooling capacity in the world.

The system was commissioned in April 2019. Yosemite has stated it is happy with the way it is running, as it is quiet and is showing signs of being energy efficient. “The system has been working well,” Lau said recently. “We have not used it for hot water recovery yet as we are still testing it and getting some baseline numbers. We hope to have this up soon.”

Lau said Yosemite has begun to track energy consumption data. “It is in line with our expectations right now but … we have [had] cooler external temperatures.”

He added that his primary challenge now is “training for our people to understand the system and how things work. Also, it has taken time to fine-tune the system with our varying heat loads in the refrigerated spaces.”

At its Modesto facility, Yosemite, like many large food processors, uses an old ammonia system. Why did it choose transcritical CO2 for the new location?

Yosemite had a number of criteria for its new refrigeration system. It had to:

A CO2 system ticks all these boxes and thus became the refrigerant of choice after an exhaustive study.

“We researched all different refrigerant systems and decided on CO2 based on the evaluation of many factors,” explained Lau. “Our company saw benefits in choosing CO2 with the tightening regulatory environment in California. Additionally, CO2 provides a story to incorporate into our future path as a leader in energy efficiency and as a low-GHG food processing facility.”

Another benefit of CO2 over other natural refrigerants is that it is a non-toxic substance that is safe for use in the food industry; thus, an intermediate glycol system is not required between the CO2 and the refrigeration coils, said Hadfield. “The other added saving to the client for this project was the reduction of space required for the refrigeration racks; the plant room area was made smaller, enabling the client to maximize on his production area,” he said.

The heart of the CO2 system consists of five CRS/Sphere compressor racks, each with 13 semi-hermetic compressors. Each rack is split up into three suction groups; one at -13°F (-25°C) for freezer space and chill tunnels; one at 20°F (-6.7°C) for processing spaces, cooler storage and shipping and receiving; and one at 38°F (3.3°C) for parallel compression, required during transcritical operation. Each rack operates independently from the others, and loads are dispersed among them so that each refrigerated space has backup.

To efficiently operate a system such as this, key elements included electronic expansion valves for each evaporator (required in a CO2 system); distributed controls giving operators a visual indication of refrigeration, defrost, alarm, cleaning, etc.; and distributed smart controls that enable “zone like” control strategies for temperature monitoring, leak detection, defrost and refrigeration control, as well as electronic valve control.

Remote defrost panels are located near the evaporator loads, minimizing wiring requirements for high- and low-voltage needs. Variable-speed evaporator fan controls were included, following California’s Title 24 requirements for a refrigerated warehouse such as this.

“In selecting CO2 as the refrigerant of choice, this enabled the design to take in a more ‘commercial’ approach in an ‘industrial’ setting,” noted Bryan Beitler, Vice President Special Projects, CoolSys.

All piping is copper, either type K or “iron copper.” Loop piping allows one main piping system from each rack to accommodate branch circuits from the refrigerated spaces. The racks use Bitzer semi-hermetic compressors, equipped with variable-speed drives on the lead compressors, and standard components rated for higher pressures.

The inclusion of adiabatic condensers/gas coolers enables the system to function efficiently in a high ambient environment. They bring the ambient temperature down to the wet-bulb temperature, reducing the discharge pressure of the refrigeration system and making it more efficient. This also ensures that minimum potable water is used and, where possible, that reclaimed water is used to have a water-neutral installation.

The adiabatic technology works best in high ambient with low relative humidity. “There is an additional cost to adding adiabatic, but using the water when required saves energy,” said Hadfield. “Making use of adiabatic gas coolers can lead up to approximately 20% of energy savings compared to dry coolers in the summer months.”

Also, thanks to built-in parallel compression, an additional roughly 10% energy saving can be obtained compared to a standard booster system. When ambient temperatures are low enough, the system will automatically shift to subcritical mode, disabling the parallel compressor function.

Heat reclaim is a big energy saver in CO2 systems. “With CO2 operating in transcritical conditions, it is possible to make use of up to 80% of the total heat rejection, which is not achievable with other refrigerants,” explained Hadfield. This heat comes at no additional operating cost to the refrigeration system and can be used for domestic hot water, space heating. warming glycol for under-slab heating, and hot water used for washdowns.

Each rack is equipped with high-side plate heat exchangers for extracting the majority of heat used for the system’s hot water needs. Should more heat  be required, it is possible to manipulate the system to operate under transcritical conditions to supply the required heat without a high penalty in operating cost.

Defrosting for low temperature evaporators is accomplished with hot gas. Unlike a traditional CO2 hot-gas defrost solution, which uses low-temperature discharge gas, CRS decided to use medium-temperature discharge gas to gain as much sensible heat to reduce the defrosting period. A four-pipe system is used, with controls on the rack to supply gas volume to the system, and localized suction check-valve assemblies installed at each coil. Using hot gas allows further use of the system’s waste heat, minimizing electrical resistant heat needs.

Since CRS is South African-based, it had to learn about UL certifications – not only conforming to UL manufacturing standards but also making sure it used UL-certified components. This meant that a great deal of research was needed with the help of expert consultants from the U.S., as well as researching suppliers that have all the required UL certificates.

Exporting a complete rack to the U.S. was another new task that required learning the legalities and logistics of transporting machinery and components. “While considering different methods for transport you can have high-cost variances and varied lead times, depending on shipping vs. flying the equipment to the overseas destination,” said Hadfield.

Notwithstanding these challenges, the size and ambition of Yosemite’s CO2 installation represents a new direction for industrial refrigeration in the U.S. “It is an exciting new chapter with respect to natural refrigerant use; the possibilities are extraordinary for use of CO2 with facilities such as this,” said Beitler.

This article originally appeared in the March issue of Accelerate Magazine. It has been updated since then.

We researched all different refrigerant systems and decided on CO2 based on the evaluation of many factors. 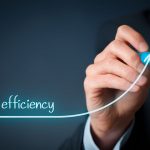 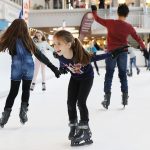