Over the past 15 years, natural refrigerants – particularly CO2 (R744) and propane (R290), as well as ammonia (R717) – have become recognized as the most environmentally friendly and future-proof replacement for HCFCs and HFCs in commercial and industrial refrigeration.

The change began in Europe, prompted by the advent of the EU F-Gas Regulation in 2006, and caught on in Japan, where CO2 had already made its mark in heat pump water heaters. Other regions like the U.S., Australia/New Zealand and South Africa have come later to the party.

In 2021, two world-historical events should help drive uptake in installations of natural refrigerant-based systems throughout the world. First is the growing urgency of the climate crisis, as the prevalence of wildfires, droughts, extreme storms, rising sea levels and other damaging effects becomes inescapable. The other is the replacement of climate denialist Donald Trump as president of the U.S. by Joe Biden, who has promised an ambitious program to tackle climate, including many refrigerant-related initiatives.

Of course, the pace of adoption will be impacted by the status of a third world-historical event – the COVID-19 pandemic. As the clock ticks toward January, the emergence of vaccines provides hope that the pandemic will be controlled, if not eliminated, in 2021.

And natural refrigerants will continue to face fierce competition from chemical companies promoting and selling HFOs and HFO blends, marketed as low- or lower-GWP replacements for HFCs.

János Maté, Senior Policy Consultant for NGO Greenpeace, believes that natural refrigerant-based systems are poised to make “exponential inroads” in the global cooling market. “As the climate crisis unfolds at an alarmingly faster pace than was foreseen even a few years ago, the pressure will mount to globally phase out HFCs faster than currently legislated under the 2016 Kigali Agreement,” he said. “Natural refrigerants are the most sensible alternatives to HFCs. They are climate friendly with low GWP, environmentally safe, efficient and increasingly cost effective.”

Woolworths, a major chain of supermarkets in Australia, is an example of an end user driven to natural refrigerants by its overall sustainability strategy. “Just days ago we publicly committed to sourcing all our power from renewable sources by 2025, reduce our 2015 baseline emissions by 63% by 2030 and reach net positive emissions by no later than 2050,” said Dario Ferlin, National Sustainable Engineering Manager Format & Network Development, Woolworths, Australia.

The commitment to an HFC phase down by nations that have ratified the Kigali Amendment is helping to boost natural refrigerant adoption, noted John Ackermann, South Africa-based Owner, Jack Agencies, and former Publisher/Editor of the Cold Link newspaper.

“Since the signing of the Kigali amendment [in South Africa], the continued availability of synthetic refrigerants is very doubtful,” said Ackermann. “As production declines, prices will increase and availability become more difficult. The sooner the change towards natural refrigerants, the shorter the recovery of the additional capital cost of change.”

But Ackermann believes that awareness campaigns are needed to promote the long-term benefits of a switch from HFCs to natural refrigerants “and should be the prime focus during 2021.”

That awareness has already been – and is continuously being – created, “as we can see an increase in OEMs and contractors backing natural refrigerants instead of going against it, which was the case a few years ago,” said Wynand Groenewald, Founder of Future Green Now, a South Africa consultancy. “This is giving the end user much more options and peace of mind, and we are finding that naturals are competing against naturals, and not against HFC or HCFC-based technologies.”

In Europe, the F-Gas Regulation’s HFC phase down in 2021 will reduce the available HFC quota in the European Union by 55% vs. the baseline. “This major reduction will definitely result in an increased demand for natural refrigerant-based equipment, said Thomas Bartman, Sales Director, German OEM Efficient Energy. “We have already faced a strong increase in demand for our water-only chillers this year and we expect this upward trend to continue n 2021.”

Delhaize Belgium, which has installed natural refrigerants in 121 company-operated stores out of about 800, intends to become carbon neutral as soon as the end of 2022 by opting for natural refrigerants, using green energy and reducing energy consumption in all operations (stores, warehouses and offices), said Schalenbourg.

Belgium retailer Colruyt Group, which has installed R290 systems in numerous corporate stores, will work on making its experience available to the independent shop owners of Retail Partners Colruyt Group (RPCG), which comprises 385 stores, said Collin Bootsveld, Project Engineer, Colruyt Group. These store owners “have, on average, been lagging behind in terms of the shift to natural refrigerants,” he said. “We plan to translate our experience with all three natural refrigerants (R290, CO2 and ammonia) into a concept that works best for these independent shops.”

Colruyt also plans to include targeted maintenance of dry coolers to increase the efficiency of its installations. “We will vary the cleaning interval, depending on the local level of pollution, mostly from vegetation,” said Bootsveld.

Italian OEM Epta sees a growing demand for natural refrigerant-based systems in Europe and all over the world, “at different speeds, of course,” said Francesco Matrapasqua, Epta’s Institutional Affairs Manager. “We believe natural refrigerant [technology] is the only way for commercial refrigeration to substantially contribute to the goals of the [European] Green New Deal, i.e. to become the only climate-neutral continent in the world by 2050.”

Lithuanian OEM Freor has installed the majority of its green refrigeration store equipment, including its Hydroloop system and R290-based refrigeration equipment, in the Scandinavian region and Switzerland – “countries that are global leaders in sustainability,” said Donatos Plauska, Freor’s Head of Sales Department. “Store owners realize they can make a huge impact on the environment by choosing alternative, nature-friendly refrigeration solutions, and it becomes a value or a new norm.”

In the U.S., Richard Wayne Gilles, Senior Product Leader – Distributed Solutions for OEM Hussmann, predicts “a dramatic increase in natural refrigerant system installations in 2021.” He bases this on upcoming HFC regulations in California from the state’s Air Resources Board, as well technology gains that “have made the installations more appealing to a [broader] base of customers.”

On the other hand, one California grocer who declined to be named believes natural refrigeration installations will be limited in the state. That’s because “many will want to get the last of the synthetic refrigerant systems permitted and installed before 2022,” when a 150-GWP cap on refrigerants in new commercial systems will go into effect. In addition, fewer installations should be expected if fewer new stores are built next year because of the COVID-19 pandemic, he said.

But new bipartisan federal legislation in the U.S. that targets HFCs – and will ultimately increase their costs – could change that dynamic.

As the climate crisis unfolds at an alarmingly faster pace than was foreseen even a few years ago, the pressure willmount to globally phase out HFCs faster than currently legislated under the 2016 Kigali Agreement. 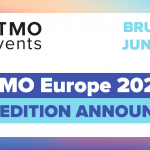 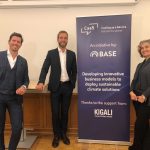