The International Institute of Ammonia Refrigeration (IIAR), based in Alexandria, Virginia (U.S.), is still seeking comments for its “Standard for Closed-Circuit CO2 Refrigeration Systems,” though the public comment period ends April 27.

The standard specifies “minimum requirements for the safe design, safe installation, startup, and inspection, testing, and maintenance (ITM) of closed-circuit CO2 refrigeration systems and any modifications or additions to an existing system,” according to the latest Public Review Draft of the standard.

Comments can be submitted through the online comment form.

“This standard will eventually be adopted into local building codes,” noted an email from the North American Sustainable Refrigeration Council.

The CO2 standard represents a departure for IIAR outside of its traditional ammonia focus as it broadens its missions to include all natural refrigerants. It was developed for both commercial and industrial refrigeration applications. IIAR issued a previous draft of the CO2 standard last year.

The standard addresses areas “where our industry has been lacking in clear and consistent guidance,” such as installation and start-up requirements as well as inspection, testing and maintenance, said John Collins, industrial sales manager for Zero Zone, and IIAR CO2 Subcommittee Chair, last year at the IIAR’s annual conference.

According to the draft, the standard pertains to

The standard is a product of the IIAR Standards Committee, chaired by retired Campbell Soup refrigeration engineer Robert J. Czarnecki.

IIAR standards typically go through two or more iterations of public review, said Collins. Following review, the standard is evaluated by a consensus body of stakeholders, voted on by the IIAR Standards Committee and then submitted for approved by the IIAR board and the American National Standards Institute (ANSI), after which it is published. 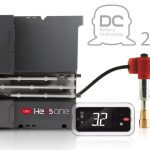 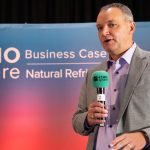