In a new study, the Washington, D.C., office of the Environmental Investigation Agency (EIA) has found that many major U.S. supermarket chains continue to rely mainly on high-GWP HFC refrigerants, and “fall far short of transparent best practices” to reduce leaks and manage refrigerants through their full life cycle.

Released on June 26 (World Refrigeration Day), EIA’s “Climate-Friendly Supermarket Scorecard” ranks 16 of the highest-revenue U.S. retailers, including Kroger, Walmart and Albertsons, in three categories, HFC-free technology adoption, refrigerant management, and policy and commitments. Each company was ranked in the individual categories and overall, from 0-100%.

“This scorecard reveals that shockingly few supermarket chains in the U.S. are using HFC-free systems in new stores and that their efforts to reduce HFC emissions are woefully inadequate,” said Avipsa Mahapatra, EIA’s Climate Campaign Lead, in a statement. “Supermarkets must prioritize swift action to eliminate the use of HFCs in all new stores, and establish company-wide programs to reduce their overall cooling footprint.”

EIA noted that many U.S. supermarkets still use R404A, an HFC with a GWP of 3,922, and R407A (GWP of about 1,500). On the other hand, the climate-friendly systems adopted by companies cited in the scorecard use natural refrigerants like CO2, propane, and ammonia, which have “an ultra-low GWP” near zero, EIA said.

EIA said its scorecard is based on a detailed questionnaire that was sent to companies in February 2020. Due to the COVID-19 pandemic, EIA extended the submission deadline several times. Companies that did not respond to the questionnaire were assessed based on “the best publicly available information,” including company corporate responsibility reports, company environmental and social governance reports, industry articles, and industry press releases.

“Each company was contacted at least five to six times over the period of many months and given ample opportunity to review and comment on their final score,” said Mahapatra.

ALDI US received the highest overall score (70%). EIA noted in its scorecard that the chain has “over 300” HFC-free stores in operation. “Continued increase in HFC-free stores, committing to use only HFC-free technologies in all new stores and remodels, and publicly sharing leak rates of high-GWP refrigerants would further improve their scores,” EIA added. In individual categories, Meijer ranked highest in refrigerant management (76%) while Ahold Delhaize and Kroger scored the highest in policy and commitments 57%).

“Smart companies, like top scorer ALDI, that are rapidly scaling up energy efficient HFC-free technologies in hundreds of stores, demonstrate that costs or other market barriers cited in the past are no longer valid excuses,” said Christina Starr, EIA’s Climate Policy Analyst.

After ALDI US, there was a marked drop in overall scoring in EIA’s scorecard, with Whole Foods Market at 46%, Target at 24% and Ahold Delhaize at 24%. Twelve out of the 16 companies received an overall score less than 20%, the lowest scoring tier, “indicating that most major companies are failing to take significant action,” said EIA.

In addition, only a quarter of the companies share public information on specific efforts to reduce HFC emissions in corporate sustainability reports or company websites, “underlining overall lack of transparency,” EIA said.

“U.S. supermarkets leak the equivalent of 49 billion tons of coal in HFC emissions each year,” said Starr. “Most consumers are unaware of these invisible climate killers around them as they browse the store, but we are starting to see that change.”

Another NGO, Green America, welcomed the new scorecard. “This scorecard expertly lays out the massive progress needed from the supermarket sector to eliminate these harmful super pollutants and protect our climate,” said Beth Porter, Director of Green America’s “Cool It” campaign to eliminate HFCs. “Green America and our 200,000 individual members join EIA in calling on these companies to take aggressive action to abandon HFCs from all facilities and replace them with widely available climate-friendly refrigerants.”

Also in reaction to the EIA scorecard, Pennsylvania State Treasurer Joe Torsella called on major U.S. supermarkets to transition away from HFCs and toward natural refrigerants, and to increase transparency in their efforts to reduce HFC emissions. “It is unacceptable for any company to knowingly emit such potent and harmful chemicals into our atmosphere, and take no action to correct it,” he said in a statement.

Along with announcing the scorecard, EIA also issued a call to action to supermarkets, with the following recommendations:

EIA said it intends to reassess supermarket uptake of natural refrigerants and HFC-free solutions on an annual basis and determine “if enough progress has been made to warrant a scorecard update.”

The NGO noted that “without the passage of any federal regulation mandating an HFC phase-down, the prospect of progress on this issue within the supermarket industry is sporadic.”

Federal efforts in the U.S. to regulate HFCs have been stymied since 2017, when a Court of Appeals said the U.S. Environmental Protection Agency could not require companies that had replaced ozone-depleting substances (ODS) with HFCs to also replace the HFCs; the court recently ruled that companies that have not yet replaced ODS could not use HFCs. Many states, led by California, have moved to regulate HFCs in the absence of federal guidance.

EIA is also encouraging consumers to locate, and send a letter of thanks to, a nearby HFC-free supermarket by using an interactive map it developed.

This scorecard reveals that shockingly few supermarket chains in the U.S. are using HFC-free systems in new stores. 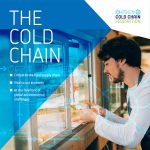 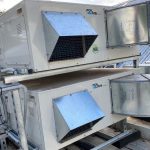