CMS Refrigeration, an Aruba-based contractor, has installed a commercial propane (R290) cabinet/water-loop system in a new Wei Ming Supermarket in Aruba, an island off the coast of Venezuela.

This is Aruba’s first such installation, according to Freor, a Lithuanian commercial refrigeration equipment manufacturer, which supplied the equipment.

Freor, which supplies top retailers and supermarket chains throughout Western Europe and the Nordic regions, has seen strong sales growth for its R290 water-loop systems, the company says. Water-loop R290 systems are seen as a growing alternative to air-cooled self-contained cases. Recent Freor installations include a store in Norway and one in Ireland.

Freor’s “Hydroloop” system works by collecting condensation heat from cabinets with R290 cooling units and removing it outside the building through the glycol line, with glycol-water used as the cooling medium.

The Hydroloop system helps to prevent the store from overheating to minimize energy consumption, said Freor.

The Freor system is considered a good fit for the warm climate in Aruba. Average local temperatures in Noord city, where Wei Ming Supermarket is based, do not fall below 30°C (86°F), the company said.

“It is quite a challenging environment for refrigeration, especially when it comes to energy consumption,” said the Freor website.

The R290 equipment is from Freor’s Green Wave product line, according to the company press release.

“Every cabinet in the store operates as a separate unit; therefore failure in one piece of equipment does not affect the others,” which minimizes product loss in the event of malfunction, according to Freor. 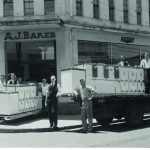 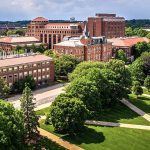