While transcritical CO2 refrigeration continues to grow in supermarkets, convenience stores and cold storage facilities, some manufacturers are pushing the boundaries on how the technology can be applied, especially in the agriculture, food processing and healthcare sectors.

I.T.C. Group (ITC), an OEM based in Bangkok, Thailand, has recently developed a prototype transcritical CO2 system that integrates “supercritical CO2 extraction” — an industrial process using CO2 as a solvent that is widely considered to be the ideal method for extracting medicinal compounds and consumable oils from raw materials such as lavender, rice bran, peanuts, fruits and even cannabis.

The development effort, which ITC has dubbed “Project Blue Bird,” is the first in the region – and possibly the world – to employ transcritical CO2 refrigeration along with supercritical CO2 extraction in the food-processing sector.

“Like CO2 in the refrigeration field, supercritical CO2 usage in food processing has also gained popularity in the past few years,” said Warot Lam, engineer for ITC.

Compounds extracted from biological materials via supercritical CO2 extraction are considered “purer and more valuable than from other methods,” he noted.

Since ITC has always been involved in the food industry and Lam’s field of expertise is in food production, “we reckon this system has the potential to merge refrigeration and food processing together.”

In particular, Lam added, the system  “can create new opportunities in Thailand’s markets where herbs and fruits are widely cultivated.”

ITC is in final stages of testing its supercritical CO2 extraction system in preparation for exhibiting the whole Blue Bird project at the upcoming R&HVAC 2019 tradeshow this September.

The system began as an experimental container-sized CO2 transcritical refrigeration system that included an 8 m3(283 ft3) cold room, a chilled water system and a heat reclaim system; it was designed to operate in ambient temperatures of around 35-36°C (95-97°F).

Initial tests of the system were conducted in December of last year and positive results encouraged the team at ITC to continue developing the system over the following months. The second phase of the project, Lam explained, was to connect the CO2 transcritical refrigeration system to a CO2 supercritical fluid extraction system.

Like CO2 in the refrigeration field, supercritical CO2 usage in food processing has also gained popularity in the past few years.

The system is designed to get supercritical CO2 fluid at the compressors’ discharge lines and employ it for extraction processes “before using it in the typical refrigeration system later on,” Lam explained.

The refrigeration side of the system could serve as “a fully integrated, one-stop-shop solution for end users especially in the agricultural sector,” he said.

For example, during the postharvest handling stage, hot water from the heat reclaim system can be used for cleaning processing equipment in factories, said Lam. The chilled water system can be utilized for hydrocooling or cleaning produce. After that, the hydrocooled produce can be stored inside a cold storage, waiting to be shipped or further processed.

“It is a perfect solution for agricultural investors who would like to increase the value of their products,” Lam said.

Lam said that testing is currently focused on the extraction process for rice bran and peanut oil at the moment. However, larger markets in Thailand loom, especially considering recent policy developments in the country.

“Since the government has just legalized cannabis cultivation for medicinal uses, it has become a huge trend in Thailand,” said Lam.

Indeed, some reports project Thailand’s cannabis market to be worth US$661 million (21 billion baht) by 2024 and ITC is already fielding requests from this sector today.

“We have received many calls from researchers and hospitals to test our extraction system when it is finished,” said Lam. 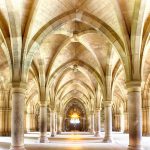 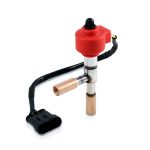