AJ Baker & Sons did the installation for the store, which opened in October.

The decision to use transcritical CO2 was based on the energy efficiency and environmental friendliness of the system, according to AJ Baker’s website. “For this store, we selected the ECO2Small transcritical compressor rack which runs both medium and low temperature in one combined frame,” the website said. The compressor rack has a weather-proof enclosure and is located on the roof.

“AJ Baker was involved in guiding the customer to select the transcritical CO2 system to future proof the new installation,” said Claus Mecklinger, Director, AJ Baker. “The focus of the new design was low energy consumption and environmental friendliness of the system to remove the reliance on HFC refrigerants.”

Other energy-saving initiatives within the system include Carel electronic E2V expansion valves, variable-speed drives on the compressors and gas- cooler fans and an adiabatic Carel chill-boost to assist in hot weather. The store manager can supervise the case temperatures and plant operation via a centralized Carel Boss supervisory system.

A variety of Epta store freezers, vertical chillers, and island display cases were used to optimize efficiency. These include the new Skylight glass-door vertical freezer, which offers enhanced energy efficiency due to a low heat-extraction rate and low consumption LED door lighting. One of its main features is the reduction of the defrost cycle to once per week, which reduces energy consumption and results in a more stable product temperature.

AJ Baker & Sons said it will have installed transcritical CO2 systems at 26 stores across Australia by the end of this year. Its first transcritical CO2 store installation was in April 2014. The company has also recently partnered with the Technical and Further Education (TAFE) South Australia (SA) training academy to develop virtual reality (VR) content for a hydrocarbon refrigerant training module by year’s end.

The focus of the new design was low energy consumption and environmental friendliness of the system to remove the reliance on HFC refrigerants. 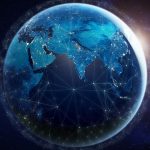 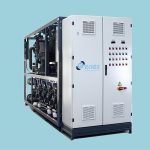