NRDC filed suit in the U.S. Court of Appeals for the D.C. Circuit seeking review of a rule the EPA finalized in March that withdrew 2016 Obama-administration requirements for industry to detect and repair refrigerant leaks in appliances that use more than 50lbs (23kg) of HFCs, including most supermarket and industrial applications.

The 2016 rule extended the original leak-repair requirements for ozone-depleting substances (ODS), created under Section 608 of the Clean Air Act, to HFCs. In withdrawing that extension, the EPA said that it “exceeded the EPA’s statutory authority under CAA section 608.”

But in its suit against the EPA, NRDC forcefully rejected the agency’s decision to rescind the leak-repair requirements for HFCs. “This rollback makes no sense, except to the Trump EPA in its unrelenting drive to put polluters ahead of people,” said David Doniger, senior strategic director in the Climate & Clean Energy Program at NRDC, in a statement.

“The EPA would rather allow these easily prevented HFC emissions equal to carbon pollution from 625,000 cars hit the atmosphere every year, than require technicians take reasonable steps to find and fix leaks,” Doniger continued. “That’s wrong-headed and wasteful, even more so because it will save industry so little money but cost us so much in harm.”

The NRDC, he added, is going to court “to restore these commonsense HFC protections. EPA should be looking for every opportunity to ease the growing climate crisis—not add fuel to the fire.”

This is the 112th lawsuit NRDC has filed against the Trump administration over its environmental and safety rollbacks. NRDC has won 90% of the 72 cases decided to date,it says. 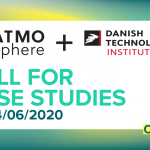 Case Studies Wanted for Online Conference on NatRefs in ACs 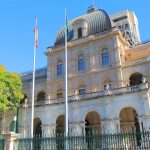