“It is unequivocal that human influence has warmed the atmosphere, ocean and land, and climate change is already affecting every inhabited region across the globe.”

That was the message from Green America’s Climate Campaigns Director Beth Porter in her keynote at the ATMOsphere America conference, which took place online on November 3. ATMOsphere America was organized by ATMOsphere (formerly shecco), publisher of this website.

Green America is a national “green economy” nonprofit based in Washington D.C. It works to promote solutions to mitigate climate change, and advance labor justice, healthy and regenerative food systems, and socially responsible investing and finance.

“We need cooling to be sustainable for the climate,” she said. “One critical solution is found in our cooling systems — it’s of course replacing unsustainable refrigerants, and shifting towards accessible and climate friendly cooling.”

To achieve this, Green America has launched the “Cool It for the Climate” campaign, initially focused on Walmart and Trader Joe’s. “People want to see change,” Porter said, noting that 70% of adult Americans believe that corporations should do more to combat global warming. The Cool It campaign aims to promote public engagement and corporate accountability on refrigerant emissions.

One of the main aims of Cool It is to get supermarket chains to stop using “super polluting” refrigerants. This is important because an average supermarket leaks 25% of its refrigerant each year, Porter noted, adding that supermarkets contribute 45 million metric tons of CO2e a year, or the same as 9.5 million cars.

The goal is to get supermarkets to use non-HFC, “ultra-low GWP, natural refrigerants” in all new stores and major retrofits, and in all stores by 2030; and to improve repairs and reduce leak rates to less than 10% annually.

Cool It uses digital means to promote awareness of the refrigerant issue, including videos, social media campaigns and traditional media coverage, and petitions.

Walmart in the crosshairs

One of the retailers that Green America is attempting to influence is Walmart. This is due to several factors, not least Walmart’s size and influence on the retail sector as the largest retailer in the U.S. More than half of Walmart’s direct CO2 emissions come from HFCs, releasing 3.7M metric tons CO2e per year.

In 2010, Walmart pledged to begin reducing HFCs in 2015, but based on data submitted by Walmart to the carbon disclosure project, it has continued to increase their emissions since then, after a very brief reduction in 2015. The company has also built “hundreds” of new stores since then, but none of them have been HFC free, Porter said, quoting data from the Environmental Investigation Agency (EIA).

“Walmart has continued to make public statements on tackling HFCs that sound promising, but unfortunately its emissions continue to rise,” Porter said. She noted that Walmart has recently alluded to using natural refrigerants but has not made a formal announcement to that effect.

So, in 2019 they launched a public campaign directed at Walmart, after trying unsuccessfully to engage with the company directly. The petition to get Walmart to change its refrigerant policies garnered over 100,000 signatures in just a year.

Green American is also attempting to influence shareholders in the companies using HFCs. In 2020, Pennsylvania and Rhode Island treasurers co-filed the first- ever shareholder resolution requesting that Walmart issue a report detailing exactly how it plans to limit its emissions and its impact on climate change, in particular by increasing the scale, pace and rigor of its plans to reduce refrigerants released from its operations.

The resolution received votes from 5.5% of Walmart shareholders, despite Walmart advising its shareholders to vote against it. The vote met the threshold of support to allow the resolution to be considered again at next year’s shareholder meeting, putting pressure on Walmart to take action on HFCs.

Green America has also developed an investor brief, co-authored with the EIA (Environmental Investigation Agency), describing what they see as the financial risks posed by Walmart’s inaction on the refrigerants issue, including the cost of leaked refrigerant, and the higher refrigerant prices caused by regulatory changes. The brief also outlines the potential reputational damage that inaction might have, as consumers change and vote with their feet.

“Walmart has continued to make public statements on tackling HFCs that sound promising, but unfortunately its emissions continue to rise.” 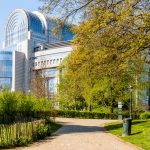 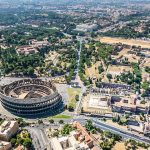