The Paris-based International Institute of Refrigeration (IIR) has advised the European Commission (EC) that the rate of the phase down under the EU’s F-Gas Regulation should not be increased, as this would negatively impact the energy efficiency of HVAC&R equipment, vehicles and buildings.

In a press release detailing its reply to the Fluorinated greenhouse gases – review of EU rules (2015-20) consultation, IIR states that the f-gas phase down should not go faster because “in addition to illegal trade issues, priority must now be given to the energy efficiency of equipment and whole systems such as buildings or vehicles;” a faster phase down, the group said, “would certainly lead to less energy-efficient solutions.”

At the same time, IIR said the phase down shouldn’t be done any slower, “since it seems possible to continue the phase-down of HFCs as scheduled.”

The release explains that IIR’s recommendations were reached after consulting its Science and Technology Council and commission members from a number of IIR member countries.

The EC plans to issue a proposal for the revision of the F-Gas Regulation in the fourth quarter of 2021.

In its response to the consultation, IIR also call for f-gas quotas for the 2030-2036 period to be determined now, rather than later. The current EU F-Gas Regulation calls for a 79% reduction by 2030, but if the EU is to live up to the objectives in the Kigali Amendment to the Montreal Protocol, then this needs to reach 85% by 2036. This shouldn’t present a problem, according to IIR, but “the sooner [the quotas] are decided, the better.”

In addition to this, IIR calls for areas not presently included in the F-Gas Regulation to be added. This would include ultra-low temperature applications, below -50°C (-58°F). The organization is currently preparing an informatory note outlining how it should be possible to start a phase down in these areas.

To achieve the goals outlined in the F-Gas Regulation, IIR suggests a number of actions to be taken from 2020 to 2030. One is to harmonize national legislations and safety rules on the use of flammable refrigerants, in order to encourage the use of natural refrigerants like hydrocarbons. Fast implementation of new standards would also help, according to the statement.

IIR also calls for improved, and preferably mandatory, training on low-GWP refrigerants to promote their use, arguing that the tools for such training already have been developed through the REAL Alternatives 4 LIFE project. (shecco, publisher of this website, supports Refrigerants, Naturally! For LIFE, part of the REAL Alternatives 4 Life.) Control and certification of installations should also be improved to reduce incidences of refrigerant leakage.

In addition to illegal trade issues, priority must now be given to the energy efficiency of equipment and whole systems such as buildings or vehicles. 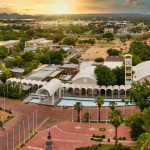 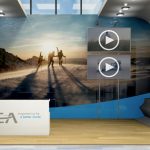