On April 15, Raley’s, an 85-year-old California (U.S.) food retailer, opened a 55,000ft2 (5,109.7m2) store in a Sacramento shopping center featuring the chain’s first ammonia (NH3)/CO2 refrigeration system. The store became only the fifth supermarket in the U.S. to employ such a system.

For the most part, supermarkets in the U.S. and around the world have avoided using ammonia, despite its zero GWP and high thermodynamic efficiency. That’s because of its potential for toxicity and its pungent odor, as well as the high cost of ammonia systems relative to conventional supermarket refrigeration.

But supermarkets in California face a challenge that other U.S. states don’t: the expectation that the California Air Resources Board (CARB) will, by next year, begin mandating a 150-GWP cap in new stationary refrigeration systems with more than 50lbs of refrigerant. As a result, many retailers in California have installed natural refrigerant systems, including transcritical CO2 and ammonia/CO2.

Three of the five U.S. ammonia/CO2 stores are in California: Raley’s in Sacramento, a Whole Foods Market outlet in Dublin, and an Albertsons store in Carpinteria. (The other two are a Piggly Wiggly store in Columbus, Georgia; and a U.S. Defense Commissary Agency outlet in San Antonio, Texas.)

Ed Estberg, a refrigeration consultant to Raley’s who was previously the 130-store chain’s longtime senior director of facilities, persuaded the chain’s ownership that, given the impending 150-GWP cap, Raley’s “really [doesn’t] have a choice” but to invest in natural refrigerant-based technology for future stores, he explained last year at the IIAR Natural Refrigeration Conference and Expo.

The ammonia/CO2 system that Raley’s selected for its initial installation is different from those used by the other four U.S. stores in several respects. One is the way CO2 is employed. While the other stores use a cascade system that includes CO2 compressors for low-temperature cases, Raley’s has opted for a CO2 compressor-free pumped liquid-overfeed system. (Raley’s and the other systems all use pumped overfeed for medium-temperature cases.)

One reason for that choice is that liquid overfeed is “more efficient” than cascade, said Estberg. Another is that Raley’s technicians and service companies are already familiar with the open-drive Carlyle compressors and two-stage system used on the ammonia side, but not with CO2 compressors. So eliminating the latter from the equation made their life simpler.

Dealing with cost and safety

How does Raley’s deal with the twin impediments to ammonia/CO2 systems: cost and ammonia safety?

But Raley’s estimated that the ammonia/CO2 system would have a cost premium of about $300,000, or 15%, more than the baseline system. He now believes this estimate is close to the actual cost premium, though he does not have access to the final numbers.

Raley’s cost for its first ammonia/CO2 system was reduced by a $250,000 incentive it received from the Sacramento Municipal Utility District (SMUD) for both energy efficiency and the use of natural refrigerants.  “It was just for the first store,” said Estberg. “We really have to make it cost competitive and efficient” for future stores.

Raley’s is already designing its next ammonia/CO2 system for a new store in Roseville, California. The system could be installed in an existing store but “it would have to be a very major remodel,” Estberg said. While ammonia/CO2 is Raley’s preferred natural refrigerant system, the chain would consider using a transcritical CO2 system in a store with a cooling load of under 800,000BTUs/hr (66.7TR/234.6kW), he added.

With regard to safety, the ammonia/CO2 system adheres to California’s mechanical and fire codes, and drew no challenges from Sacramento fire marshals, noted Estberg.

The machine room, located on the top (third) floor of the building, is exposed to the outside and connected by a stairwell to the inside. “You have to go through a boiler room, an electrical room and four doors before you get to the inside,” explained Estberg.

To date, there have been no ammonia leaks, but in the event of a leak, an exhaust system in the machine room removes the gas to the outside. Estberg’s biggest concern about safety is having enough trained technicians who know how to deal with it. Raley’s third-party maintenance company, PMC Southwest (a division of the Arcticom Group), which also built the system, “has done a good job,” he said, but only one or two technicians are fully trained on the system.

The CO2 side of the system requires technician training as well. In fact, it has presented far greater challenges than the ammonia side, noted Estberg. The store experienced a failed CO2pressure relief valve, which “dumped the medium-temperature CO2 charge,” he said. PMC Southwest technicians had to replace the valve and recharge the system overnight; there was “some loss” of product.

Raley’s machine room contains the ammonia/CO2 system’s Carlyle open-drive ammonia compressors as well as two CO2 “overfeed racks” supplied by Zero Zone. These racks condense CO2 gas coming (with some liquid) from the low-temperature and medium-temperature display cases in the store, and pumps liquid CO2 back to the cases.

The overfeed rack includes: a horizontal tank holding liquid and gaseous CO2; pumps that convey the liquid CO2 to the display cases; and a thermosyphon condenser (a plate heat exchanger) located above the tank.

The thermosyphon condenser sucks up the CO2 gas from the holding tank; at the same time, liquid ammonia from the ammonia circuit cools the condenser plates, condensing the CO2 gas to liquid, which drops into the tank for delivery to the cases.

The design of this overfeed rack is unusual for the supermarket industry, Estberg noted.

On the ammonia side, the hot discharged NH3 gas is condensed in a plate heat exchanger, using water circulating in a BAC water tower and a Heatcraft air fluid cooler. Depending on ambient conditions, fans either run on the tower or the fluid cooler. Estberg calls this arrangement a “dual-medium condensing system” (DMCS), which uses either water evaporation or air to reject heat from the ammonia gas to the atmosphere. “We only evaporate water when we have to,” said Estberg. “That saves us 5,000 gallons per day compared to an evaporative condenser.”

Over its first four months of operation, the ammonia/CO2 system is “doing fine,” said Estberg. “All of our theories work – it does what it’s supposed to do.”

He has identified three issues that are being addressed and will be “engineered out of the next one”:

Raley’s has not yet compared the efficiency of the ammonia/CO2 system to that of its baseline direct-drive system, which uses R449A. (About a dozen Raley’s stores use this system.) Estberg estimates that, despite the inherent efficiency of ammonia, the ammonia/CO2 system will be “a little less efficient” than the baseline. He attributes that to the extra horsepower required to pump the liquid CO2 to and from store cases, and to the additional heat exchange between the CO2 and the ammonia.

When Raley’s assesses the efficiency of refrigeration, it looks at not only energy consumption, but also water and natural gas consumption.  “When people say ‘efficiency,’ they talk about just electricity; we don’t do that,” said Estberg. “We talk in terms of utilities.”

The heat reclaim from the ammonia discharge gas is expected to substantially lower gas costs to heat the store, and “may offset some of the inefficiency on the electricity side,” noted Estberg, adding that the DMCS system will save water compared to stores that don’t use it.

Raley’s plans to study heat reclaim at the store as the chain prepares for California’s ban on the use of natural gas by 2025. One scenario would be to run the air handler 24 hours per day so that “the heat from the refrigeration system will completely heat the store,” Estberg said.

Estberg estimates the savings from all three utilities, compared to the baseline system, will be $35,000 per year, adding, “That’s my goal.” (Annual maintenance costs are yet to be determined.) If the store achieves a utilities saving of $35,000 per year, the payback period (ROI) on the estimated $300,000 cost premium would be 8.6 years on a system expected to last 15 to 20 years.

The ammonia/CO2 system at Raley’s Sacramento, California, store has the following specifications:

All of our theories work – it does what it’s supposed to do.” 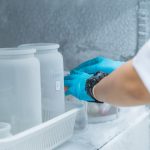 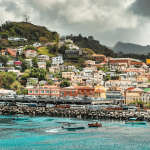