A new report argues for a long-term investment in transcritical CO2 refrigeration upgrades such as parallel compression, ejectors and ambitious heat recovery measures to counter the effects of rising ambient temperatures caused by climate change.

The report, “Impact of a Warming Climate on UK Food Retail Refrigeration Systems: Recommendations for Industry,” was based on a study by the Grantham Institute– Climate Change and the Environment, part of Imperial College of London (ICL), and U.K. retailer Sainsbury’s; it was published in July and can be accessed here.

The study determined that 30 U.K. stores, energy consumption in July 2018 increased by 5.1%-11.2%. “This makes refrigeration system performance from this period an invaluable benchmark of their ability to cope with a warming climate,” the report says.

Based on a study of three U.K. stores’ performance in the summer of 2018 against a 2015-2016 baseline, the report recommended a wide range of short-term and long-term technological changes for refrigeration as well as behavioral, managerial and government policy changes.

The report’s long-term recommendations focused on transcritical CO2 systems. It suggested that these options should promote “internal investigation” on the part of retailers, “with contractor collaboration, into the research, trialing and economic assessment of potential system designs.”

As a short-term measure, the report recommended adiabatic (evaporative) cooling, which could improve energy efficiency by 8-12%.

Heat recovery in transcritical systems was one of the mainlong-term areas for innovation, especially given the U.K.’s net-zero 2050 climate target, which means “waste energy will be an increasingly valuable resource,” according to the report.

The report notes that heat recovery could enable 40%-100% of supermarket heating demand to be met, which would lead to a potential payback on a transcritical booster system in as little as five months.

In addition, the report cites a U.K. study indicating that heat recovery can result in a “32% reduction in total supermarket energy consumption and 22% reduction in carbon emissions.”

The report also recommended combining a transcritical system with a ground source heat pump and rejecting excess heat into the ground in the summer, for later utilization in the winter. Rejecting heat beneath the ground “negates hotter summer temperatures, the focus of this study.” 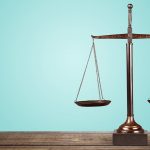 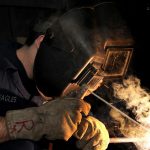