UL (Underwriters Laboratories), the Northbrook, Illinois (U.S.)-based safety-certification company that publishes appliance standards for the U.S., has released a proposed second edition of the UL 60335-2-89 standard for review, including updated charge limits for hydrocarbon and A2L (less flammable) refrigerants.

UL 60335-2-89 covers safety requirements for commercial refrigerating appliances and ice makers with an incorporated or remote refrigerant unit or motor-compressor.

The proposed standard, which was released June 22 and incorporates CSA (Canadian Standards Association) 60335-2-89, can be accessed at this website, where comments can also be submitted. Comments are due July 24..

After the comments period, UL will review the comments, make adjustments to the standard, and release it for another public comment period before a standard technical panel (STP) votes on the final version.

Starr anticipates that by March of 2021, UL will publish a final updated UL-2-89 standard. “I hope it will be rapidly adopted by SNAP,” she added.

The proposed standard is a product of CANENA (a standards harmonization body for the Americas) Working Group 12, which, in collaboration with UL and CSA, completed major revisions to UL-60335-2-89.

The proposed changes in UL 60335-2-89 include a major overhaul of the standard A2L, A2, and A3 allowances; mitigation measures; covered product scope; harmonization with IEC 60335-2-89 3rdEdition; and electrical and mechanical safety requirements for all refrigeration products.

“The updated standard will be instrumental in allowing the use of flammable, low-GWP refrigerants in the refrigeration sector products,” said the proposal.

The proposed standard follows the publication last year of IEC 60335-2-89, third edition, by the International Electrotechnical Commission, which raised the charge limit for A3 (flammable) refrigerants; in self-contained to 13 times the lower flammability limit (LFL) of the refrigerant;for propane (R290) it increases to 500 g from 150g.

In addition, the standard proposes that the refrigerant charge of a flammable refrigerant in a self-contained appliance used in a corridor or lobby not exceed three times the LFL.

The higher charge limits would be contingent on an appliance being constructed to prevent flammable refrigerant concentration surrounding the appliance in case of a leak (releasable charge) as verified by the “Annex CC” test.

Commercial appliances also must employ detection/mitigation controls to limit the releasable charge of the system.

Under the proposed standard, field-erected systems consisting of various partial units employing an A2L refrigerant would fall under three charge-limit categories: m1 (13 timesLFL, except for ice makers and products with doors or drawers, for which the limit is eight times LFL; m2 (52 times LFL); and m3 (260 times LFL).

Larger systems with factory-assembled refrigerating circuits using A2L refrigerants can exceed 13 times LFL unless they are: appliances containing one or more refrigerated spaces or compartments; packaged refrigerating units for use in walk-in coolers or freezers; or ice makers.

Like the A3 charge limits, the A2L charge limits are contingent on taking steps and installing equipment to minimize releasable charge.

The updated standard will be instrumental in allowing the use of flammable, low-GWP refrigerants in the refrigeration sector products 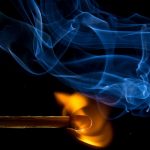 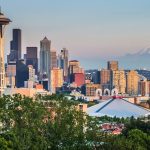