In new report issued to the Montreal Protocol, the NGO calls for national approval of IEC’s new 500-g charge limit and an increase of limit for ACs, while criticizing oversight of CFC-11.

In a new wide-ranging report released at the Montreal Protocol’s latest meeting, the Environmental Investigation Agency (EIA) is calling updates on safety standards for hydrocarbon refrigerants “key to the implementation of the Kigali Amendment.”

The NGO’s  report, “High-Stakes: Implementing and strengthening climate and ozone commitments under the Montreal Protocol,” was released at the 41st Open-Ended Working Group of the Parties in Bangkok, Thailand, held July 1-5.  Its main point is to call for better monitoring, reporting and verification requirements to combat illegal production and use of controlled refrigerants, in the light of the recent discovery of CFC-11 emissions in eastern China.

But the report also addressed a number of other areas, including the importance of updating hydrocarbon safety standards, energy efficiency in refrigeration and air-conditioning, the management and destruction of banks of ozone-depleting substances (ODS) and HFCs, and the need to understand the long-term impact of trifluoroacetic acid (TFA) and other HFC and HFO breakdown products.

With the Kigali Amendment – which organizes a global phase down of HFCs – coming into force at the beginning of 2019 for developed countries that have ratified it, EIA insists in its report on the need to update safety standards that have impeded the wider uptake of hydrocarbons.

EIA recognized the significant breakthrough that took place in May, when the IEC’s 60335-2-89 standard was updated to increase the charge limit of flammable refrigerants in stand-alone cabinets in commercial refrigeration. But the report recommends that Parties (countries) rapidly update their national and regional standards to be aligned with the new standard. In the addition, the report says that an update of the hydrocarbon charge limit standard for air conditioning equipment is needed to limit the uptake of medium-GWP transitional refrigerants in ACs. This, it said, is key for a smooth implementation of the Kigali Amendment.

The NGO also points out work is currently ongoing to allow higher charge limits for flammable refrigerants in air conditioning and heat pump equipment under IEC 60335-2-40. “The ‘Committee Draft for Vote’ (CDV) is anticipated by the end of 2019 and may result in publication of a new edition of the standard by 2021, provided it is approved in two rounds of voting,” the report says.

The EIA urges Parties to actively support the AC standard update, especially countries in the process of phasing out HCFCs so that they can bypass interim solutions and directly invest in energy efficient, low-GWP hydrocarbons for room air-conditioning.

Through its report, the EIA issued a blistering criticism of the Montreal Protocol’s failure to oversee illegal production of outlawed refrigerants such as CFC-11.

EIA Climate Campaign Lead Avipsa Mahapatra said: “The huge and alarming CFC-11 spike must inevitably raise questions as to the fitness of the Montreal Protocol’s institutions and controls.”

“This considerable illegal trade, including illicit production as well as use, happened on the Protocol’s watch and we’re calling for a comprehensive fitness check of the Montreal Protocol to ensure it keeps ahead of the game.

“These will ensure not only that ozone-depleting substances (ODS) continue to be phased out but also that the Protocol can properly address new challenges unique to the phase-down of hydrofluorocarbons (HFCs) under the Kigali Amendment.”

High emissions of CFC-11 were initially exposed by scientists in a letter to the journal Nature. EIA’s subsequent investigations identified illegal production and use of CFC-11 in China for the polyurethane (PU) foam insulation sector as the likely root cause.

A new study in May confirmed the findings, primarily in the northeastern provinces of Hebei and Shandong; forty to sixty percent or more of the global emissions increase since 2012 can be attributed to this region.

China reported it has destroyed two illegal CFC-11 production facilities, seized 29.9 tonnes of illegally produced CFC-11 and has investigated 1,172 companies in China. But the EIA points out there are still knowledge gaps with regards to the production methodology, capacity and sales markets of those facilities, among others. “It is also unclear whether any of the illegal CFC-11 production facilities were previously producing HCFC-22,” the EIA report says. 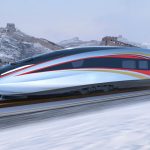 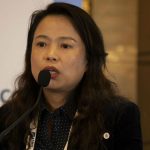