As part of a pledge to target zero GHG emissions across its global operations, U.S.-based  retail giant Walmart announced on September 21 that it is “transitioning to low-impact refrigerants for cooling and electrified equipment for heating in its stores, clubs, and data and distribution centers by 2040.”

“Fossil fuel combustion is the primary cause of warming, and the world must be more aggressive in moving toward renewable forms of energy,” said Doug McMillon, president and chief executive officer, Walmart, in a statement for Climate Week NYC, which takes place September 21-27.

“That’s why Walmart is targeting zero emissions in our own operations by 2040, not just in the U.S., but globally,” continued McMillon.  “And we intend to achieve this without carbon offsets by harvesting enough wind, solar and other energy sources to power our facilities with 100% renewable energy by 2035, moving to cooling equipment that uses low-impact refrigerants and electrifying our vehicles, including long-haul trucks, by 2040.”  Walmart currently powers around 29% of its operations with renewable energy, the company said.

But NGOs Green America and the Environmental Investigation Agency (EIA), along with other partners, put out a statement in response to Walmart’s announcement urging the retailer to move faster on cutting its use of HFCs. The groups called the 2040 target “a deadline that is decades after its major competitors, including Aldi, Target, and Whole Foods started making the switch” from HFCs to low-GWP alternatives, including natural refrigerants.

“Walmart also failed to offer a plan to address current leaks of HFCs from its stores in its announcement,” said the NGOs.

Green America and several other groups, including Daily Kos, Greenpeace USA, Friends of the Earth, LeftNet and Progressive Network Reform, recently collected petitions from 100,000 consumers calling on Walmart to reduce emissions from the refrigerants used in its 11,500 stores worldwide. Green America’s consumer-action “Cool It” campaign urges HFC reduction by supermarkets.

“After mounting consumer pressure and regulatory movement, Walmart has finally announced its new intent to address refrigerants, but offers no specifics on what refrigerants it will use and includes no public goals on its current refrigerant leaks that are fueling the climate crisis,” said Beth Porter, Green America’s Climate Campaigns director, in a statement. “Potent HFC gases make up nearly half of Walmart’s direct emissions and the company has known this for years. It’s past time for Walmart to take action and we need to see clearer details and a more aggressive timeline.”

“It is shocking that despite several supermarkets already adopting HFC-free cooling across America, Walmart is backtracking on its previous commitment to ‘ultra-low’ GWP refrigerants after years of failing to implement that voluntary commitment,”added Avipsa Mahapatra, Climate Campaign Lead, EIA.

Walmart was given a rating of 15% out of 100% this year by the EIA on its Supermarket Scorecard, which ranked major U.S. grocery chains on their refrigerant practices. EIA has also published a map showing the location of climate-friendly supermarkets.

It’s past time for Walmart to take action and we need to see clearer details and a more aggressive timeline. 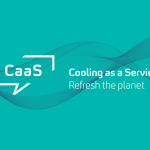 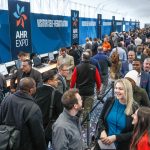