Standards Australia has adopted new limits on the amount of A3 (flammable) and A2L (low flammable) that is allowed to be used in commercial refrigeration appliances and ice makers in Australia and New Zealand.

The new standard (AS/NZS 60335.2.89:2020) is an “identical adoption” of IEC 60335-2-89, edition 3.0., published by the International Electrotechnical Commission in June 2019, according Standard Australia’s website. The new Australia/New Zealand standard supersedes an earlier version adopted by the countries in 2010.

Other countries around the world are also engaged in adopting IEC 60335-2-89, or modfifications of it. In Japan, the Japan Refrigeration and Air Conditioning Industry Association (JRAIA) is working on the Japanese Industrial Standard (JIS) version of the IEC standard.

In June, UL (Underwriters Laboratories), the Northbrook, Illinois (U.S.)-based safety-certification company that publishes appliance standards for the U.S., released a proposed second edition of the UL 60335-2-89 standard for review, including updated charge limits for hydrocarbon and A2L refrigerants. 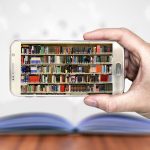 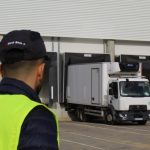