Following delivery from Hillphoenix’s factory in Conyers, Georgia (U.S.), the units are expected to go live in June.

The poultry company’s main motivation for choosing a low-charge ammonia system was concern for safety, according to Walter Castro, Latin-America Industrial Refrigeration Division Manager, Dover Food Retail (parent of Hillphoenix), adding that the lower amount of ammonia reduces the risk in the event of a leak.

This poultry company has other distribution centers in Colombia, Nicaragua, and Honduras, which use traditional ammonia refrigeration systems. These not only require more resources devoted to safety, but also utilize 25.4 lbs (11.5kg)/TR, or about 50 times more than the low-charge ammonia system.

A key advantage of the low-charge units is the lower energy consumption that results from not having to pump ammonia.  In conjunction with this, the system uses self-adjusting suction pressure, which changes based on the temperature of each load during the cooling process. This saves energy when operational pressures are different from what the suction groups require, which are typically -20°F (-29°C) SST and 20°F (-7°C) SST.

Furthermore, there are energy savings because the ammonia does not have to travel through the long pipes of traditional systems.

This particular installation will save this end user 7% in energy and monetary costs compared to a traditional ammonia system, said Castro.

Another plus is that, these systems do not require carbon steel or stainless-steel piping. Nor do they require oil purges, which also reduces the risk to personnel.  Overall, according to Castro, these systems are easier to install and operate.

Though packaged units may have a larger upfront cost over traditional systems, their installation costs are much less requiring only a crane to lift the unit into place and a duct system 9.8ft (3m) in length.

The Latin American industrial market has always had ammonia at the center of its infrastructural development, according to Castro.  But regulations that are being applied in various countries and the use of other refrigerants, such as CO₂, have caused the market to start thinking about the amount of ammonia used.

Concerning the installation of low-charge ammonia systems in other Latin American countries, Castro sees the biggest opportunities in larger installations, adding that bigger distribution centers result in more advantageous total cost of ownership (TCO) numbers.  He emphasized that a better TCO, along with low risk resulting in improved safety, and lower operating costs, are the main advantages for other end users in Latin America. 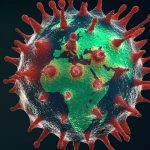 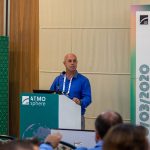 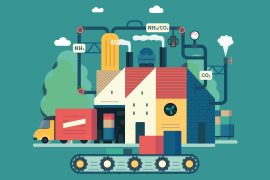 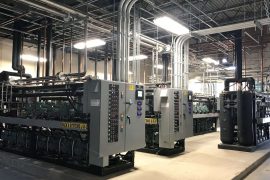 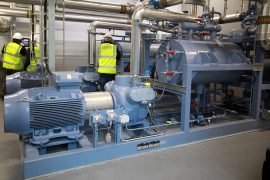