Johannesburg, South Africa-based manufacturer Transfrig (part of the Valeo group) has resumed R&D on its propane (R290) transport refrigeration system, and aims to have an electric system ready for a customer trial by year’s end.

The idea came about in 2015 when German development group GIZ partnered with Transfrig to develop green refrigeration technologies in South Africa.

Based on a desire to stay in the subcritical arena as well as Transfrig’s previous experience with R290, this refrigerant was chosen over CO₂, explained De Swardt.  The focus on R290 was also to lower GHG emissions, both by using refrigerants with lower GWPs as well as through indirect diesel emissions reduction. “Initial lifecycle emissions assessment suggests 16% lower diesel usage,” said De Swardt. “Also, this R290 unit results in a 34% reduction of CO₂ emissions compared to the R404a model.”

Transfrig had previously developed an R404a diesel electric system running a semi-hermetic compressor, which was suitable for the R290 development. Most of the existing components could be used with R290 as is, or with slight modifications. And so, the Transfrig R290 Transport Refrigeration System MT480 was born.

The unit uses 0.6-0.65kg (1.3-1.4lbs) of R290, which is an 80% reduction in charge compared to the R404a units. It also has a 15-25% better coefficient of performance (COP) at medium temperatures and 10-30% better COP at lower temperatures. “Overall, the units have a higher refrigeration capacity at low, medium, and high ambient temperatures,” explained De Swardt.

According to De Swardt, regulations for R290 transportation or container units was not available when the project began, so Transfrig used EN378 ad SANS 10147 standards as guidance for addressing the flammability risk. Sometime later, ISO 20854 was released to address safety in refrigerated containers. As part of this new regulation, leak response systems no longer required a gas measurement device. In the case of this unit, a propane detection device is not needed.

But extensive safety measures were taken., including development of the Active Leak Limiting Response Safety System, which results in refrigerant losses of less than 50% in the case of a leak. In case the alarm on the system is activated, drivers are instructed to stop the truck, open the rear doors, and let the system take care of the rest. They then only need to drive the truck to a dealer to have the unit repaired.

Testing took place over one year using a truck belonging to one of Transfrig’s customers – Ola ice cream (Unilever). De Swardt said that the units are safe, with the chances of ignition a thousand times less likely than having an accident in a truck trailer.

The project was temporarily put on hold while the merger of Transfrig and Valeo was formalized. However, recently a decision was made to move the entire range of products towards a R290 redesign. “This R290 electric unit will be running before the end of this year, along with a re-designed diesel-electric range,” said De Swardt. 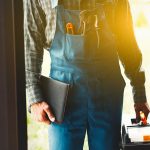 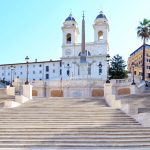