A new HVAC&R industry association has seen the light of day in Africa – the Union of Associations of African Actors in Refrigeration and Air Conditioning (U-3ARC).

The new union, which has chosen “the cold, the key to sustainable development” as its slogan, is modeled after AREA, the European association of refrigeration, air conditioning and heat pump contractors. Its first meeting was held on May 17, and U-3ARC’s first General Assembly will be held in Ouagadougou, Burkina Faso, on September 24-26.

AREA and ATF have both expressed support for the new organization. “We look forward to seeing how we can support the development of this Union and working together to achieve our common goal of advancing the refrigeration, air conditioning and heat pump industry,” AREA said on its website.

U-3ARC’s first president will be Madi Sakande from Burkina Faso. Sakande is the General Manager of Italian OEM New Cold System Srl, a teacher at Italian Centro Studi Galileo, Master Trainer for the UNEP Refrigeration Driving License Project, and active in the promotion of World Refrigeration Day. Sakande will serve alongside a board of nine members. 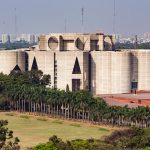 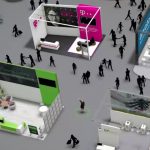