The workshop focused on safe working conditions and best practices. Approximately half of the workshop was dedicated to natural refrigerants, with a particular focus on CO2, the rest on f -gases, according to Silvia Romanò, Head of International Affairs at CSG.

“A deep study on the use of low-GWP alternatives and natural refrigerants piqued the group’s interest – particularly the last two days’ training on CO2,” Romanò said.

The workshop was commissioned by the United Nations Industrial Development Organization (UNIDO), and included 12 participants, two of whom were female and all of whom were “very dedicated people,” according to Romanò. It was part of the “Train the Trainers” project that CSG is running with support from UNIDO and the United Nations Environmental Programme (UNEP).

“The participants had varied backgrounds,” Romanò said. “Some were trainers, some expert technicians, some government representatives who are in charge of the environmental protection for the country.”

The participants had both theoretical and practical lessons, provided by CSG’s Gianfranco Cattabriga. They also experienced site visits and took a series of assessments, where they could showcase their newfound knowledge and skills. At the end of the workshop, the participants gained not only the EU mandatory f-gas certification, but also the Real Alternatives certificates for passing the assessments on flammable refrigerants, CO2 and ammonia.

Somalia recently ratified the Kigali Amendment to the Montreal Protocol, becoming the 24th of 54 African nations to ratify. The ratification became effective as of November 27, 2019.

In Montreal Protocol terms, Somalia is part of the Article 5 (developing countries) Group 1, which are required to freeze their production and use in 2024, and are committed to an 80% reduction by 2045.

CSG is not only expanding its training efforts to Africa, it has also been entering the Balkan markets lately, holding its first workshop in Croatia in October 2019. 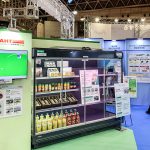 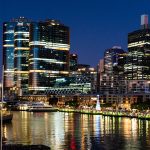