The previous system had two separate units on R22, which is still being phased out in developing countries such as Kenya. These units consisted of old equipment that was removed from a previous site and reinstalled at EASF, explained Paul Le Gros, Proposal Engineer at GEA Africa, who worked on the project. This included R22 Grasso compressors that were manufactured in 1987 and reinstalled at EASF between 1990 and 1993.

As such, the time had come for an upgrade of the refrigeration system. GEA Africa supplied the compressor sets, evaporative condenser, piping, valves and electrical main control panels.

EASF, along with its in-house team, did the installation with a complete set of schematic and piping and instrumentation diagram (P&ID) drawings provided by GEA Africa. In addition, GEA Africa offered technical or best-practice advice. The project took 11 months from order date to commissioning.

“This collaboration with EASF culminated in a successful installation and commission of an environmentally friendly ammonia refrigeration plant, capable of providing responsible cooling energy for years to come,” said Le Gros.

EASF falls under Alpha Group Limited, based in Nairobi, Kenya, with extended operation in Tanzania and Uganda. All of its sites have achieved Hazard Analysis and Critical Control Points (HACCP) certification, BRC certification and its ISO 22000:2005 (for a food safety management system).

When asked about why it switched to ammonia, Ismail Nathoo, Director of Alpha Group, listed the main reason as environmental responsibility. The second was energy management. “Due to its highly favorable thermodynamic properties, ammonia requires less energy to produce refrigeration cooling capacity compared to other common refrigerants,” explained Nathoo. “In addition, it is a better refrigerant at better cost and easily available in the market.”

“The conversion from general CFC and HCFC refrigerants to ammonia forms part of the upgrading policy of the company,” added Nathoo. “It improves the product’s quality and helps satisfy the market demand by allowing greater production.”

This was not the first time that GEA had provided Alpha Group with a two-stage ammonia solution. “Based on the previous system’s efficiency and reliability, the client opted for the same solution,” said Le Gros.

“We have been using Grasso/GEA systems for nearly three decades now with great satisfaction on their reliability, performance, design and value to the investment,” confirmed Nathoo.

However, the team still did their homework to make sure ammonia would be the best choice for this project. According to Le Gros, they did a calculation comparing the same installation making use of R507 refrigerant on the existing compressors; the result was an average compressor/ shaft power coefficient of performance (COP) of 1.42 as opposed to the current system’s compressor/shaft power COP of 1.68, he noted.

The current system has a total ammonia charge of approximately 1,400kg (3,086.5lbs). “Considering that ammonia has no GWP and no ODP, compared to R507’s GWP of 3,985, it is clear that the responsible option would be to use ammonia as a refrigerant,” said Le Gros.

At the same time, EASF is very focused on safety and has a comprehensive plan when it comes to managing the potential dangers of using ammonia as a refrigerant. “It starts by ensuring that the current valves, piping and fittings meet code requirements and are installed according to best practices,” explained Rajaram Prakash, Project Manager at Alpha Group.

During the design phase, EASF worked with GEA to ensure that extra safety controls and vents were included. In addition, it spent a great deal of time on training on the correct use of personal protective equipment (PPE) in the event of an ammonia leak, and on risk-assessment analysis.

EASF also ensures that all staff and sites are equipped with the correct safety equipment such as facemasks, gloves, and tools to ensure safe working conditions in the event of an ammonia leak. 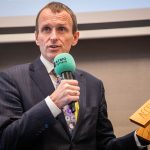 King of the Retrofits 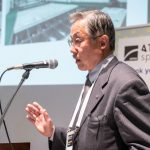