NatRefs Seen As ‘Only Choice’ in South Africa

“We better start doing it today; we have only got one option and that means natural refrigerants, no matter which way you look at it,” Ackermann said, referring to the switch from f-gases.

Ammonia is used in the industrial sector in South Africa, while there are more than 300 CO2 systems installed, both subcritical and transcritical, he said.

No synthetic refrigerants are produced in South Africa or anywhere else in Africa, so African countries rely solely on imports. As a result, they will have to follow the rest of the world as it bans and phases out f-gases, or risk a “day zero” for synthetic refrigerants, Ackermann said. He referred to a time in 2018 when Cape Town was running out of water due to a prolonged drought and day zero was the day when the city would be entirely dry, a situation that was avoided.

If South Africa wants to avoid day zero for f-gases, the country has to choose natural refrigerants, Ackermann stated, adding that South Africa also shouldn’t “underestimate the very big force in the world called the Greenpeace movement,” or consumers’ ability to make a difference by avoiding businesses that don’t live up to their green values.

We better start doing it today; we have only got one option and that means natural refrigerants, no matter which way you look at it,”

Ackermann pointed out that there are many natural refrigerants options, including water, air and liquid nitrogen, in addition to the more familiar CO2, ammonia and hydrocarbons, with ammonia being the most developed natural refrigerant technology in South Africa, focused on the industrial sector. “The expertise of ammonia here in this country matches the expertise anywhere else in the world,” he said. “On ammonia, we’ve got the skills, we’ve got the knowledge.”

Adopting CO2 technology has taken longer in South Africa. “We started off with a bit of a slow start in 2008, mainly in the supermarket industry and the wholesale industry, and now transcritical is becoming more popular,” Ackermann explained, before adding that “CO2 at the moment is the dominant [refrigerant] in the retail supermarket sector.”

He stressed that an “enormous amount of research” is being done on natural refrigerants to develop the technologies and address inherent challenges like toxicity and flammability.

Ackermann also focused on how challenges to natural refrigerants adoption can be overcome by better training and skills development, and by recognizing that working with refrigeration systems requires a special skill set; it is not just something a general handyman can do in his spare time.

Apart from technical challenges Ackermann spoke of more generic barriers, like public apathy to the climate crisis. “Believe it or not, there are still people in our society that say ‘huh, yeah, it’s getting a bit hot eh?’” he joked.

He stressed that if South Africa doesn’t embrace natural refrigerants, and the country ends up with insufficient refrigeration and cooling capacity, due to a lack of refrigerants, this would have massive impact on economy, health care, the mining industry, and human comfort and lifestyle in general. 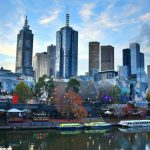 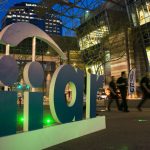