Located in Imo State, Nigeria, the Onize Vegetable Market had problems with spoiled produce. According to 23-year-old Nuhu Sa’eed, a Nigerian farmer and trader, the market often had to toss out 50% of its produce, leaving farmers and traders only marginal profits.

However, since the installation of a cold storage unit at the market, only 1-5% of the produce spoils, allowing for much higher profit margins.

ColdHubs, a Nigerian provider of propane (R290)-based solar-powered cold storage for developing countries, provided the unit using an affordable, cooling-as-a-service (Caas) servitization model, allowing the market to pay for it based on usage rather than through a large up-front investment.

Sa’eed discussed his experience December 1 during the Cooling-as-a-Service Global E-Summit, hosted by Switzerland-based Basel Agency for Sustainable Energy (BASE). The day-long event featured stories from both providers and users of CaaS from around the world

Another session featured a very different user of the CaaS model: Deepak Kumar, the Chairman & Managing Director of Elpro International, an Indian company with diverse holdings, including real estate, Kumar is using air conditioning financed via CaaS at an office park in India.

Sa’eed, who typically sells cabbage, carrots, spring onions, lettuce, onion, celery, parsley, lemons and more, recounted how he was surprised by the arrival of the ColdHubs facility.

After giving it a try, he saw the benefits in not only preserving his produce, but in allowing allows him to buy several bags of produce in bulk (two to five times more than before). Storing both at the facility prevented spoilage, greatly increasing his profit margin.

Each crate stored has a number, which is tracked by a paper card provided by ColdHubs. The storage of a crate is 100 Naira (US$0.27) per night, a sliver of the cost of produce, which can be 20,000 Naira (US$53) for green peppers, for example.

In August, ColdHubs was named by BASE as the winner of the Cooling as a Service Prize, which recognizes outstanding providers of refrigeration and air-conditioning equipment financed by the CaaS business model in developing countries.

Kumar has been using air conditioning built on site by Kaer in an office park that contains two office buildings, a school, and a shopping mall. Located in Pune, India, 130km (80mi.) from Mumbai, the commercial development requires air conditioning to tackle the extreme temperatures of the region.

Kaer, a pioneer in CaaS with offices in India and Singapore, provided its AC system via the CaaS model.

According to Kumar, his company was looking to meet three main requirements in evaluating the use of CaaS: having a good provider, not being locked into a contract, and seeing a positive cost comparison to conventional air conditioning.

Kaer met these requirements with a simple pay-per-use model and bill that allows Kumar’s company to focus on its main business.

“We found the commercial terms to be very amiable,” said Kumar. “When you see the contract is transparent it builds trust, and creates a win-win for the provider and customer.”

The pay-per-use model was especially welcome during the COVID pandemic, according to Kumar, who highlighted that the office building and school did not have to pay for the service when they were forced to shut.

The AC system runs on 100% solar power. For Kumar, providing clean air and a healthy environment in a sustainable manner was also important.

In the past, the development used inefficient, air-chilled systems. Not only do the systems consume large amounts of power, but they also require the real estate owners to hire a team to manage and maintain them – all problems that were removed by using Kaer with CaaS.

When you see the contract is transparent it builds trust, and creates a win-win for the provider and customer.” 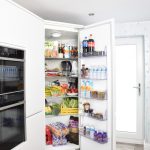 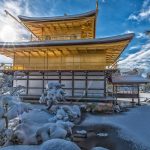