OTTC has bought a 7-hectare (17.3-acres) property adjacent to its current training center in Springs, Johannesburg where it has been training ammonia artisans since 1993. It was the first training facility in South Africa to offer a practical ammonia diploma and nearly 400 students have graduated from its six-week hands-on course. It also recently finished construction of a state-of-the-art CO2 system to enable practical training of students (scheduled to commence before ). With Skills City Africa, Isolde Döbelin, OTTC Director, plans to vastly expand the training capabilities of the center.

The dream is to, within the next five years, build an all-in-one hub for artisans to train, work, and live so that they can go into the industry ready to “put up shop,” as Döbelin puts it. “I want to train multi-skilled people who can go anywhere in the world and get a job,” she explained at the launch.

One part of the new site will be developed as a training center while a section has been set aside to house factories, offering employment for students while they train. Each new student will get two decommissioned shipping containers – one to serve as living quarters and another that will be used as a personal workshop. Once they have completed their training and become a qualified artisan, they can simply take their containers and start a business anywhere on the continent. “Nobody should be unemployed,” said Döbelin. “There is so much work to be done in this country if we only had the right skills.”

Skills City Africa isn’t just for refrigeration artisans though, and Döbelin wants to train up multi-skilled individuals, including the trades of electrical and plumbing too. This will allow graduates to take on caretaker jobs in estates, for example, she explained. “Everyone needs artisans,” said Döbelin. “Which is why I want to grow an artisan generation.”

The project will be run as a non-profit organization by a trust fund set up specifically for this purpose, putting all money generated right back into the project. Döbelin envisages an environmentally sustainable development complete with a racing track, hotel, conference center, ice rink, and even a crèche.

With the help of local 26’10 South Architects, she has finally put together a plan of an idea she’s been nurturing since 2005. She shared the building plans with the industry stakeholders and former students in attendance on the day, asking for industry support to make the dream a reality.

Döbelin already has the backing of German training association BIV, which has been involved with OTTC for over 30 years now. To pledge its support, head of the association, Heribert Baumeister, BIV’s Federal Guild Master, came all the way from Germany to attend the launch event and say a few encouraging words. He was accompanied by Karsten Beerman, Director of German training organization IKKE, who called the idea “wonderful” and echoed Döbelin’s call for industry support. “I see a great future for this project,” he said, vowing to do whatever he can to ensure its successful execution. 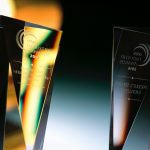 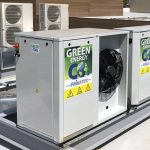