During the ATMOsphere Cape Town conference on March 10, Andre Snyman, General Manager Lynca Meats in South Africa presented on the end user panel about how the food processor went from HCFC to ammonia, saving a significant amount of money.

Lynca Meats is located south of Johannesburg and slaughters, debones and processes roughly 3,000 pigs a day. Five years ago, the company decided to expand and required a partner to assist it with utilities planning. At the time, the Lynca operation was driven by more than 80 simplex units, charged with HCFC refrigerant, which was being phased out. It was struggling with downtime and breakages and keeping up with the maintenance of so many systems was a real problem, noted Snyman.

Luckily, Lynca met South Africa-based energy solutions provide, Energy Partners (EP), which could assist with measuring and improving efficiencies. Among other things, EP assisted with the upgrading of the refrigerant system.

Lynca’s first focus was to install an efficient and flexible refrigeration system that could handle its primary duties (chilling and freezing of meat) reliably and efficiently. To that end, EP designed an ammonia system with a capacity of 792kW (225.2TR) capacity that allowed Lynca to almost double its production within the limitations of its electrical supply. With this system, it managed to replace some of the simplex units; the rest were later replaced with an HFC multiplex system on a cooling-as-a-service (CaaS) model.

Second, by using heat recovery for hot water production and outsourcing its steam facility to EP Steam, Lynca was able to reduce the cost of heating by 37%. Also, a 962kW solar system was added in a power purchase agreement (PPA) to reduce the effective cost of electricity. “On a like-for- like basis, these projects are saving us ZAR1.4 million [US$74,994] per year,” said Snyman.

In addition, with its CaaS and PPA contracts now in their second year, Lynca’s experience with these models has been “very positive,” said Snyman. Altogether, the outsourcing exercise has saved the food processor a significant amount in operational costs – in excess of ZAR3 million (US$160,700) a year, according to Snyman. It managed to grow its business by 70% without increasing the electricity bill.

But it’s not just about the money. Another benefit was not having to invest capital in non-core utilities, allowing for a more focused expansion of production. “Our management team can focus on the primary production needs, knowing that our utilities are being looked after by a group of specialists,” said Snyman.

Lynca Meats is once again looking to expand and Snyman confirmed that it is considering ammonia on a CaaS model.

The other end users on the panel included three retailers: Pick n Pay; Woolworths; and SPAR – as well as RCL Foods, another industrial end user.

The panel was one of more than 20 presentations on local and global market trends as well as new technology and policy, with 150+ attendees from around the world on hand. Read more about ATMOsphere Cape Town

To download end user presentations and any others from ATMOsphere Cape Town, visit atmo.org. Pictures from the event are also available here. 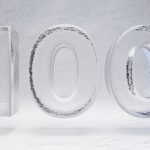 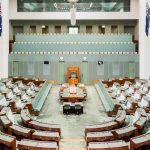