For its new 22,000m2 (236,806ft2) store in Johannesburg, South Africa, retail/wholesale outlet Evergreens has installed the largest transcritical CO2 installation in the South African commercial sector – and one of the largest commercial systems in the world.

The new store opened in August. Evergreens’ other store, in Pretoria, employs an HFC-based refrigeration system.

CRS, the primary supplier of CO2 systems in South Africa, has installed more than 100 transcritical CO2 systems in the country (and beyond). Evergreens, however, is its largest commercial installation to date with a capacity more akin to an industrial system.

Established 35 years ago, Evergreens is a one-stop shop that supplies fresh produce, groceries and frozen goods for both retail and bulk shoppers, including everything from restaurants and schools to hotels and nursing homes. It is regarded as the largest independent fresh produce retail/warehouse store in the Southern Hemisphere.

So far, Evergreens is very happy with the refrigeration installation and how it is running, confirmed David Lopes, its senior buyer and project manager for new business. 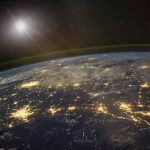 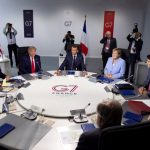