RCL processes 1,300 metric tons of chicken daily – 11 chickens per second. It has been using ammonia for 45 years without a single fatality. Its systems offer a refrigeration capacity of 47,900kW (13,620TR), which includes 61 compressors (59 screws) and absorbed motor power of 17,170kW. The system configuration is typically of two-stage with evaporative condensers. One stage is generally -10°C (14°F) and the other -40°C (-40°F).

Heat recovery through oil cooling and de-superheating is used for the heating process and for cleaning water. Most of the engine rooms are more than 25 years old but they have been well maintained and can still efficiently sustain the production base load, said Moodley.

He went on to speak about why RCL chose ammonia and listed a variety of pros such as its cheap price, the fact that it is a natural refrigerant that is readily available, and the fact that it has no temperature glide and can be used in flooded systems. All RCL’s production equipment (such as spiral and carton freezers) requires a flooded design.

Ammonia is also easy to use and it’s compatible with normal mineral oils, avoiding the polyester lubricants that have to be used with fluorinated refrigerants and are very hydroscopic, he said. Ammonia is not as greatly affected by moisture in th e system or by refrigerant shortages; it is also good for heat recovery.

He then spoke about RCL’s future with ammonia. “Ammonia is not going anywhere for us,” Moodley said. The plan is to maintain its systems while also looking at new technology to optimize the systems and reduce footprints.

In terms of new acquisitions of companies, Moodley said that RCL wants to look at converting them to ammonia (if not already). “There is also an increased focus on heat recovery and water and electricity savings.”

The panel was one of more than 20 presentations on local and global market trends as well as new technology and policy, with 150+ attendees from around the world on hand. Read more about ATMOsphere Cape Town.

To download end user presentations and any others from ATMOsphere Cape Town, visit atmo.org. Pictures from the event are also available here. 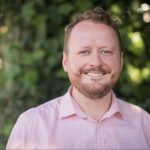 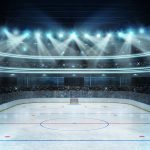