UN Celebrates 100 Ratifications of the Kigali Amendment With Liberia

The Republic of Liberia has ratified the Kigali Amendment to the Montreal Protocol, becoming the 99th government, plus the European Union (EU), to ratify the global agreement to reduce HFC emissions.

The West African nation’s ratification came into effect on July 12, 2020, according to the United Nation’s website.

“As we deal with the impacts of the global pandemic, it is crucial not to forget climate action,” said Inger Andersen, Executive Director of the United Nations Environment Programme, in a press release on July 14.

“The Kigali Amendment reaching 100 ratifications is therefore great news,” Andersen said. “The Amendment is a powerful tool for keeping our planet cool. I thank those states which have ratified it and encourage the 98 others to follow suit and help to ensure a safer future for all of humanity,” she added.

Liberia becomes the ninth government to ratify in 2020. Mozambique ratified in January; Lebanon in February; North Macedonia in March; and Bangladesh, the Holy See, Romania, Fiji and Sierra Leone all in June.

As part of the Article 5 (developing countries) Group 1, Liberia is required to freeze HFC production and use in 2024, with an 80% reduction by 2045.

The Kigali Amendment to the Montreal Protocol was enacted on October 15, 2016. It entered into force on January 1, 2019. Fully implemented, the amendment would avoid up to 0.4°C (0.7°F) increase in the global temperature by the end of the century, according to UN estimates. 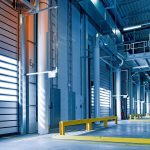 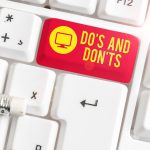