In a survey of past and prospective attendees from around the world, as well as industry manufacturers and trade groups, the AHR Expo, a U.S. trade show, found a positive economic outlook for 2020 as well as areas of concern such as rising tariffs and the need to recruit and retain a strong skilled workforce.

Launched in 1930, the AHR Expo is attended by OEMs, engineers, contractors, facility operators, architects, educators and other industry stakeholders. The next show, co-sponsored by ASHRAE and AHRI, will be held Feb. 3-5, 2020 in Orlando, Florida (U.S.) concurrently with ASHRAE’s Winter Conference.

For the first time, the 2020 survey includes input on trends, issues and opportunities as outlined by representatives from industry associations, including ASHRAE, AHRI, BACnet, Women in HVACR and CABA (Continental Automated Buildings Association).

According to the report, 79% of respondents indicated good or excellent predicted sales prospects for 2020, with 75% expecting business to increase and 25% expecting an increase of more than 10%.

Additionally, respondents reported expected growth in nearly all areas of the industry, with light commercial, health and residential markets identified as having the highest potential in 2020 at 72%, 67% and 64% respectively.

In terms of market activities, 72% of respondents chose maintenance and replacement jobs (the highest percentage) as having the best prospects in 2020, followed by retrofit/renovation (67%) and new construction (64%).

“Our recent report reveals that members of the HVACR community expect the successes of 2019 to hold in the new year,” said Mark Stevens, manager of AHR Expo, in a statement.

For the second year in a row, both energy efficiency and indoor air quality secured a top spot in relation to consumer importance among exhibitors, at 67% and 64% respectively. Attendees, however, placed initial costs second at right under 98%, and comfort considerations third at 96%.

In addition to rising tariffs and the need to recruit and retain a strong skilled workforce, important areas of concern included changing U.S. Department of Energy (DOE) regulations and the R22 refrigerant phase out. Areas of opportunity include automation and self-diagnostic controls and continued growth in the IoT (Internet of Things) and IIoT (Industrial Internet of Things).

On the horizon as potential impacts to the industry are the forthcoming 2020 Presidential election, short-term implications of a trade war, growth of big-box retailers and the viability of new technologies, including green initiatives.

The full survey report can be downloaded here. 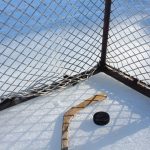 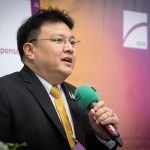