ATMOsphere Australia was organized by shecco (publisher of this website) and includes support from the Gold Sponsor, AJ Baker & Sons, and the Silver Sponsor, Arneg.

“You’re incredibly fortunate to be part of an industry that has a pivotal role in climate action,” Blackley said, addressing the conference participants.

The Kigali Amendment, he said,, represents an opportunity to replace HFC refrigerants with a mix of alternatives, preventing 43 to 50Gt of CO2e emissions over the next thirty years.  “It is projected that we could probably replace 70 to 80% of HFC refrigerants by 2050,” he added.

Drawdown Australia is a hub of Project Drawdown, a global initiative to identify, and quantify the impact of, climate-change solutions; hubs have also formed in the U.S., Europe and Canada.

In its most recent report, Project Drawdown ranked 76 climate solutions under two scenarios, Scenario 1 (ambitious compared to today’s activity) and Scenario 2 (faster and more aggressive). Project Drawdown said refrigerant management and alternative refrigerants can cut over 100Gt of GHG by 2050 – almost twice what all nations generated in 2018.

Under Scenario 2, refrigerant management comes in at No. 9 on the list of Project Drawdown solutions while alternative refrigerants follows immediately after at No. 10.

During his presentation, Blackley also highlighted the reshaping of global finance that is coming with investment in climate change solutions.

You’re incredibly fortunate to be part of an industry that has a pivotal role in climate action. 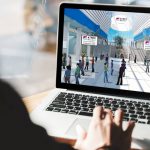 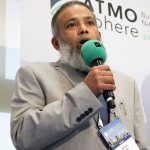