Although the Thai government has expressed its intentions to reduce f-gas emissions in the HVAC&R sector, some industrial refrigeration stakeholders say there is little regulatory control over f-gases in cold storage and food processing facilities.

Stakeholders pointed to a lack of government direction for end users to move away from HCFCs and HFCs, and a lack of control over the use and disposal of f-gases, which is resulting in a large amounts being released into the atmosphere.

“We still see heavy use of R22 in Thailand and several users are purging R22 into the air,” said Kosuke Yamamoto, Managing Director of Mayekawa Thailand during the ATMOsphere Asia 2019 conference, held on September 25 in Bangkok, Thailand. Mayekawa Thailand is one of the largest suppliers of industrial refrigeration system suppliers in the country, specializing in the food processing sector.

“There is no law concerning the recovery and destruction of f-gases as well,” said Yamamoto. “We need the government to provide a clear direction to the industry in terms of control and disposal of f-gases.”

Yamamoto explained that not only are f-gases being intentionally released into the air, but end users are also choosing to continue installing f-gas systems in this sector.

In the past, 90% of the systems in Thailand were ammonia or ammonia/CO2, but recently Mayakama is seeing demands from clients for 404A, such as in expansion projects in the fishing industry, said Yamamoto.

The lack of direction in the control and regulation of f-gases in this sector is a major issue that is often overlooked and needs immediate attention, said Yamamoto. “In order to reduce f-gases in Thailand, first we need the government to make a clear indication to the industry,” he said. “Especially in the refrigeration industry, we feel we are left behind.”

“Especially in the refrigeration industry, we feel we are left behind.”

A Thai government official provided some feedback on its regulatory efforts at the ATMOsphere Asia 2019 conference.

According to its Nationally Determined Contribution (NDC) Roadmap (2021-2030) plan, established by the government in 2017, Thailand aims to reduce total GHG emissions by 20-25% from Business as Usual (BAU) by 2030. However, within the HVAC&R sector, the government only recently began focusing on reducing emissions, acknowledged Dr. Kittisak Prukkanone, Director of the Measure and Mechanism Development Section for Thailand’s Ministry of Natural Resources and Environment.

“It’s quite new for us to work in the RAC sector on the climate-change aspect,” said Prukkanone.

The Thai government has a number of initiatives currently underway to tackle emissions in the HVAC&R sector in Thailand. One of the main efforts is the Refrigeration and Air Conditioning Nationally Appropriate Mitigation Action (RAC NAMA) project, which aims to support the transition to natural refrigerants in domestic refrigerators, commercial refrigerators, air conditioners, and chillers in the country. 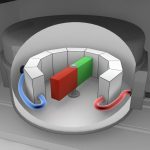 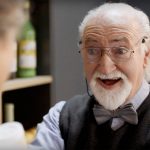 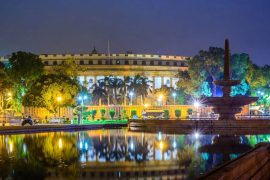