The Republic of Fiji, an archipelago nation in the South Pacific, has ratified the Kigali Amendment to the Montreal Protocol, becoming the 98th government, plus the European Union (EU), to ratify the global agreement to reduce HFC emissions.

The Kigali Amendment to the Montreal Protocol has 198 signatory parties, meaning that with Fiji’s ratification exactly half of them have ratified the amendment.

Fiji’s ratification came into effect on June 16, 2020, according to the latest update on the United Nation’s website.

Fiji is one of eight governments to ratify in 2020. Mozambique ratified in January; Lebanon in February; North Macedonia in March; and Bangladesh, the Holy See, Romania and Sierra Leone all in June.

The Kigali Amendment to the Montreal Protocol was enacted on October 15, 2016. It entered into force on January 1, 2019. 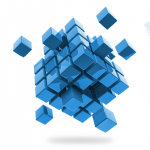 Clean Cooling: Putting Together all the Pieces of the Sustainable Cooling-For-All Puzzle 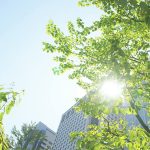