The Republic of India has communicated its intent to ratify the Kigali Amendment to the Montreal Protocol, as announced by Prime Minister Narendra Modi’s office, on August 18.

The country’s Union Cabinet has approved a plan that includes the development of a “national strategy for phase down of hydrofluorocarbons as per the applicable phase down schedule for India,” the PM’s office said in an online post. This plan “will be developed after required consultation with all the industry stakeholders by 2023.”

India’s government is also planning to amend its existing legal framework “to allow appropriate control of the production and consumption of hydrofluorocarbons, to ensure compliance with the Kigali Amendment will be done by mid-2024.”

Until India officially submits its ratification instrument to the UN, the number of ratified countries stands at 121, plus the European Union (EU), according to the United Nations website.

Of the other major CO2 emitters, China has recently ratified the Kigali Amendment, and the new U.S. administration has also started the ratification process.

As part of the Article 5 (developing) countries Group 2, India is required to freeze HFC production and use in 2028, with an 85% reduction by 2047. 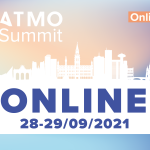 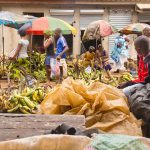