Food waste is a global issue but it varies by whether a country is developed or developing. In the developed world, it’s more associated with consumption, while in developing regions it tends to happen early in the supply chain, where food rots on farms or spoils during storage or distribution.

In addition to being a social issue, food waste has a pronounced impact on global warming. In fact, Project Drawdown, a major research study, named reduced food waste the No. 1 climate-mitigation solution in its latest analysis under a moderately ambitious scenario, and No. 3 in a more ambitious scenario.

In the Philippines, post-harvest losses for fruits and vegetables are a major issue for farmers. The Philippines Department of Science and Technology, in a joint project carried out with the Japan International Cooperation Agency in 2017, estimated that post-harvest loss in the country for fruits ranges from 5% to 48%, and 16% to 40% for vegetables.

Access to cooling plays a significant part in helping to reduce post-harvest food waste. To that end, the Philippines Department of Agriculture has called for establishing more cold storage facilities in the country, according to a recent article in the Philippine Star.

The Philippines has a relatively low rate of refrigeration capacity per capita compared to other Asian countries. According to the Global Cold Chain Alliance’s 2018 report on Global Cold Storage Capacity, the Philippines has an estimated 0.037m3 (1.3ft3) of available cold storage capacity per urban resident, while Vietnam has 0.116m3 (4.1ft3), South Korea 0.281m3 (9.9ft3) and India 0.343m3 (12.1ft3).

While the article attributed food losses mainly to “physical factors such as impact, vibration, compres-sion, abrasion and mechanical damage,” several studies emphasize that the appropriate addition of cold chain infrastructure contributes to reducing the number of times produce is handled, which, in turn, can reduce losses.

Philippines Agriculture Secretary William Dar is urging the Cold Chain Association of the Philippines to partner with the Department of Agriculture, local government units and farmers’ groups to build more cold storage facilities that can maintain the freshness and quality of farm and fishery products, the article states. In the Philippines, 95% of cold storage facilities use ammonia-based refrigeration systems, according to some experts.

“With more cold storage facilities located near major farm production areas, trading centers, livestock slaughterhouses and poultry dressing facilities, fishing grounds and municipal fish ports, we will be able to reduce post-harvest losses by at most 35%,” Dar said. “That could be added [to] the national food supply, thus bringing down prices for the benefit of millions of Filipinos.”

In addition to more cold storage, improvements in processing and transportation are also “essential” to reducing post-harvest food waste, says Project Drawdown in its reduced food waste analysis. This article originally appeared in the April/May edition of Accelerate Magazine. 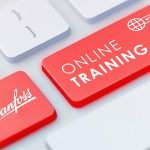 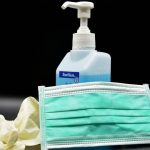