CO2 (R744) has become standard in the food retail industry in Europe over the last few years, but it isn’t just well suited for commercial refrigeration – it is also “perfect” for logistics centers in Asia.

That was the message from Andreas Meier, Managing Director of German OEM Teko, delivered during a presentation at ATMOsphere Asia on November 17. The online ATMOsphere Asia conference was organized by shecco (publisher of this website).

As an example of the feasibility of adopting transcritical CO2 even in hot Asian climates, Meier told his audience that Teko is now running a transcritical R744 system in a Middle Eastern country, Israel, with the end user there having just ordered a second rack for a cold storage installation.

However, the adoption of natural refrigerants in Asia isn’t progressing as fast as it could, according to Meier. The lack of movement on the Asian markets, compared to, for example, Latin America, is something that makes him feel a “bit sad,” he said, while praising the skills of Asian refrigeration engineers and stressing that the lack of movement isn’t due to legislation differences.

One of the aspects driving the uptake of natural refrigerants in Latin America, according to Meier, is the “green marketing” of high-end supermarkets, where wealthy customers that are keen to protect the environment do their shopping. Once contractors gain the necessary experience, they are no longer afraid to promote it elsewhere.

Another common worry for engineers not used to working with CO2 is the high pressure. However, “the high pressure is not a problem to handle,” Meier stressed; “the components are designed for it.”

There are still several considerations a new end user should make before moving from f-gas refrigerants to R744, Meier said, such as pipes, stocking of spare parts and availability of refrigerant and oil.

Meier listed a number of things to consider.

Meier also stressed that Teko’s recommendation would be to always install safety valves outside the building.

After the contractors have installed the first [R744] unit, and they see everything is running smoothly, they see there is not a big difference concerning Freon.” 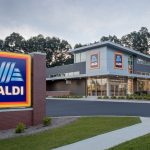 ALDI US Up to 360 Stores with NatRefs 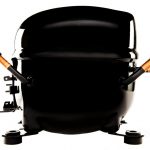